Let Me Tell You a Story: Evangelicalism's Future

I recently wrote a blog about Project Semicolon, a mostly online effort to help prevent suicide. The project uses a semicolon as its symbol — a punctuation mark that indicates the author could've stopped there, but decided to keep on going. Project Semicolon has inspired thousands of people, many of whom have tattooed a semicolon on their wrists. "Your story isn't over yet," the project insists.

Some supporters might not know that Project Semicolon is, at its core, a Christian ministry. But perhaps it doesn't matter. The future of Evangelicalism doesn't solely reside in sermons and Sunday school lessons, but in the hands of people who want to help. The people who have a great story to tell.

Churches are shrinking. Catholics and mainline Protestants have seen that trend for decades, and evangelical churches will be susceptible to the same dynamics in the coming years. Nearly four out of ten non-Churched Millennials don't go to church because they "find God elsewhere," according to Barna. And I believe that God will, in turn, find them — and perhaps lead them back into the Church's flawed but welcoming arms.

Hate-Preacher Celebrates Death of Gay Man at Pride Parade: "I Hope They All...
Hemant Mehta
2 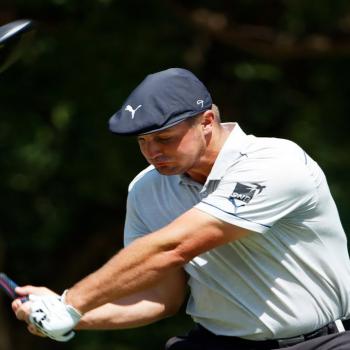 Racism: What is the problem? The Bible, injustice, and race#2; Justice#27.
Rob Dalrymple
4 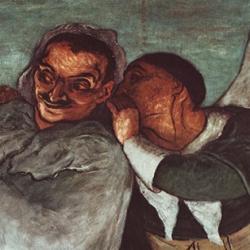 James MacDonald and His Breathtaking Misogyny
Cassidy McGillicuddy
Get Patheos Newsletters
Get the latest from Patheos by signing up for our newsletters. Try our 3 most popular, or select from our huge collection of unique and thought-provoking newsletters.
From time to time you will also receive Special Offers from our partners that help us make this content free for you. You can opt out of these offers at any time.
see our full list of newsletters
Editor's picks See all columnists