Three Futures for Evangelicalism in America

Renewal movements aim for a synthesis of revivalism and reformation, an awakening of the Spirit and positive social influence. From Pentecostal and Charismatic networks to groups like the Manhattan Declaration, devout evangelicals are aiming for biblical-historical-theological fidelity and contemporary relevance. Global expansion of lively Evangelical/Pentecostal Christianity is viewed as a prophetic witness to the post-Christendom West. The crisis within the various renewal streams is one of discipleship, not enthusiasm. What does it mean to "make disciples" and how is maturity measured? Renewal advocates must foster deep repentance and reformation among their own ranks if they are going to persuade outsiders to (re)consider the historic Christian faith. Ecstasy without ethics only feeds the very subjectivism that undermines transcendent truth. In spite of the challenges, this broad category holds out the most hope for an evangelical future. From the Gospel Coalition to the Missio Alliance, women and men with diverse views can labor for both personal salvation and social transformation. There is still basic agreement on biblical authority and morality, along with commitment to the centrality of Christ crucified and risen.

These futures are not completely divergent. Anabaptist believers can be found in all three streams and "conservative" and "liberal" labels need careful definition. Many African American churches embrace more liberal governmental policies on healthcare and welfare while retaining conservative views on abortion and marriage. Old "scorecards" must be discarded in favor of faithfulness to Christ and discernment for 21st-century discipleship. Adherence to Christ crucified and risen and the clear teachings of scripture will remain the plumb lines of living Evangelical Christianity.

In the midst of these emerging futures is a salutary global development that will impact American Evangelicalism. The growth and persecution of Christianity around the world is fostering unity among believers of all historical streams of Christianity. Coptic believers under the thumb of jihadists and underground believers in China and Iran are brothers and sisters in need of prayer, not theological debate. The future of Evangelical Christianity in the U.S. may be shaped by the fidelity of believers who cling to Christ under severe conditions. Perhaps a reminder of the church under the cross in its first three centuries will be the spark of a new awakening in the 21st century.

Ladies, why are you religious?
John Richards
3 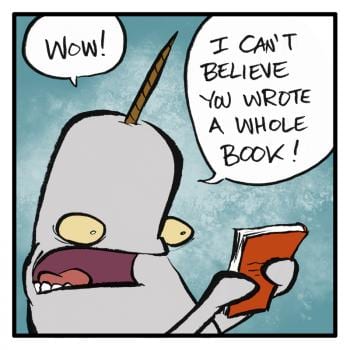 Ghost Writer
J. Burrello
Get Patheos Newsletters
Get the latest from Patheos by signing up for our newsletters. Try our 3 most popular, or select from our huge collection of unique and thought-provoking newsletters.
From time to time you will also receive Special Offers from our partners that help us make this content free for you. You can opt out of these offers at any time.
see our full list of newsletters
Editor's picks See all columnists