Cultural dominance relies on power, not numbers. New philosophies aimed at stifling religious freedom are already pushing the boundaries in America's educational institutions, courts, and marketplaces. Religious freedom can coexist with America's new "progressive" culture if the dominant culture allows Christians to exercise their religion freely. Otherwise, Christ-followers must defiantly act on their conscience, at cost.

We've seen similar dynamics before. The African American's rights were legislated away slowly over the course of decades, driven by an engine of cultural disdain. We can define marginalization as "being relegated to a position of insignificance, devalued importance, minor influence, or diminished power."

Yet such marginalization strengthened the African American church that sustained believers through the very cultural hostility that birthed it. Shunning and demonization may be forms of derision for the rest of humanity, but they are empowering for the marginalized believer and the Gospel in which he trusts.

Marginalization is death by a thousand cultural cuts. Soft marginalization generally does not become extreme persecution overnight; it grows in barometric degrees. We cannot predict where our new dominant culture will set its final boundary in compelling dissenters of conscience. One could even assert that the "proponents of progression" would never act in extreme, hateful, or aggressive ways, but the cultural chill while waiting for clemency can be discouraging.

And yet we hope not on the mercies of culture, but in the mercies of Christ. Christ calls us into union with himself to continually transform us to become more like him. Our cultural circumstances act as a catalyst in the transformative refining process, and we are better for it.

What of the future, then? If America's new progressive culture should become the same "oppressive force" it professes to hate, some of its followers will grow disgusted with punitive censorship and oppression. Out of curiosity and compassion, they may be drawn to the purified mission and love of the Christian community. We see this pattern in history and around the globe presently; cultural hostility toward Christ-followers still serves the ultimate purposes of Christ.

Or, to quote Sojourner Truth on the matter, "Truth is all powerful, and will prevail." 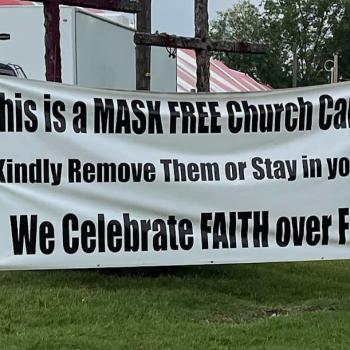 Sign Outside Christian Hate-Preacher's Tent: "This Is a MASK FREE Church...
Hemant Mehta
2

I Wanted To Tell You About Columbus
Mary Pezzulo
4 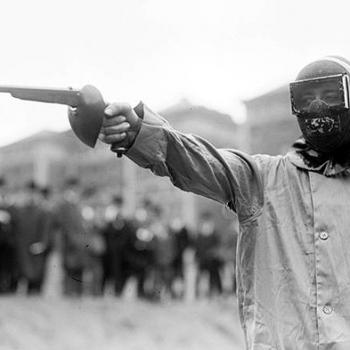 Interesting Moments in Olympic History: Last Week In Life: July 26, 2021-...
Mark Wilson
Get Patheos Newsletters
Get the latest from Patheos by signing up for our newsletters. Try our 3 most popular, or select from our huge collection of unique and thought-provoking newsletters.
From time to time you will also receive Special Offers from our partners that help us make this content free for you. You can opt out of these offers at any time.
see our full list of newsletters
Editor's picks See all columnists