Jewish Faith: The Ongoing Crisis and the Left Hand of God

All of the major contemporary faith traditions have been shaped by a larger ideological struggle between two different worldviews, a struggle that has been going on since the emergence of class societies and patriarchy some eight to ten thousand years ago. These worldviews have very different visions about the nature of human beings and the reality we've created.

The first worldview, which I call the Right Hand of God, says that human beings are "thrown" into this world by ourselves. We find ourselves surrounded by self-interested others who will manipulate and seek dominance, and we will either learn the techniques of power, control, and domination or we in turn will be dominated and controlled. To achieve well-being and homeland security, we must dominate and control others, using every possible resource to do so, including our rationality, our economic lives, our political arrangements, our cultural and educational institutions, and our military power and diplomatic smarts. This is the worldview of fear of the other and power over others.

The second worldview, I call it the Left Hand of God, tells a very different story. No, we were not thrown into the world by ourselves; most of us came into the world through a mother (or mothering-other) who provided us in our first few years of life not only with material support but with the love absolutely necessary to survive and thrive. Our mothers did not have a reasonable expectation of a good return on their investment of loving energies — they were "giving to give, not giving to get." From them we learned that our own well-being, and the safety and security of our families, clan, tribe, people, city, and even nation, could be secured by treating others with love and caring and a spirit of generosity.

Most people on the planet have heard both of these stories, and most people have both voices in our heads contending in almost every interaction we have with others (though you can read my more nuanced account of this in my book The Left Hand of God). No wonder, then, that most of the faiths that have survived have elements of both worldviews within them.

And that is certainly true of Judaism. One can find moments when Moses hears God as the voice of power over fear, and God is represented as "a man of war" who does battle for "his" oppressed people. At other times, Moses and the compilers of Torah hear God as El Shaddai, the nurturing, breasted god; later tradition even imagines this god as God's female energy, going into exile with us when the Jewish people have been militarily routed from our land and are in Exile.

When Jews were in Exile, as they have been during much of the past two thousand years, the qualities of God as a loving and compassionate force were reflected in Jewish tradition as it emphasized those aspects of Torah that seemed most in tune with the needs of the powerless. But the downtrodden also need some source of hope, so God as the Force of Transformation — which makes possible the progress from that which is to that which ought to be — YHVH, was also envisioned as the redeemer whose power once again manifested itself in saving us from our powerless and oppressed reality.

The tragedy of the Holocaust led most Jews to despair of God as a loving force that could also save us. As a result, most Jews, still reeling from what they perceive as God's failure to show up and save us, have fallen into a deep depression, manifested either as a militant atheism or as the embrace of a new god, i.e., the military power of the State of Israel. Come into the vast majority of synagogues in America and tell them you don't believe in God, don't accept Torah, and don't feel bound by Jewish tradition and people will shrug their shoulders and welcome you in. Tell them you don't support the State of Israel or see that state as having anything to do with their Judaism and they are likely to show you the door. Israel and its military prowess has become the new object of faith.

Yet the past decades have also seen a reaction among a handful of younger Jews who have sought to reclaim the Left Hand of God. One path has been to envision God not as a big man in heaven, but as the Force of Healing and Transformation, that aspect of the universe which makes possible the transformation from That Which Is to That Which Ought to Be. (See my book Jewish Renewal.) A Jewish Renewal movement (not a denomination, but a new way of thinking) has spread its ideas in all the denominations of Judaism, reclaiming the loving energy of Judaism and refusing the idolatrous worship of the State of Israel. A similar move, without any religious faith foundation, has led to the creation of secular movements to reclaim a Jewish life that affirms these same loving energies of the Left Hand of God.

The Kingdom of God Is Within You
C. Don Jones
2 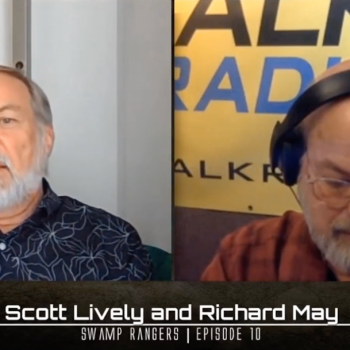 Scott Lively: Kamala Harris Reminds Me of the Whore of Babylon and Jezebel
Beth Stoneburner
3 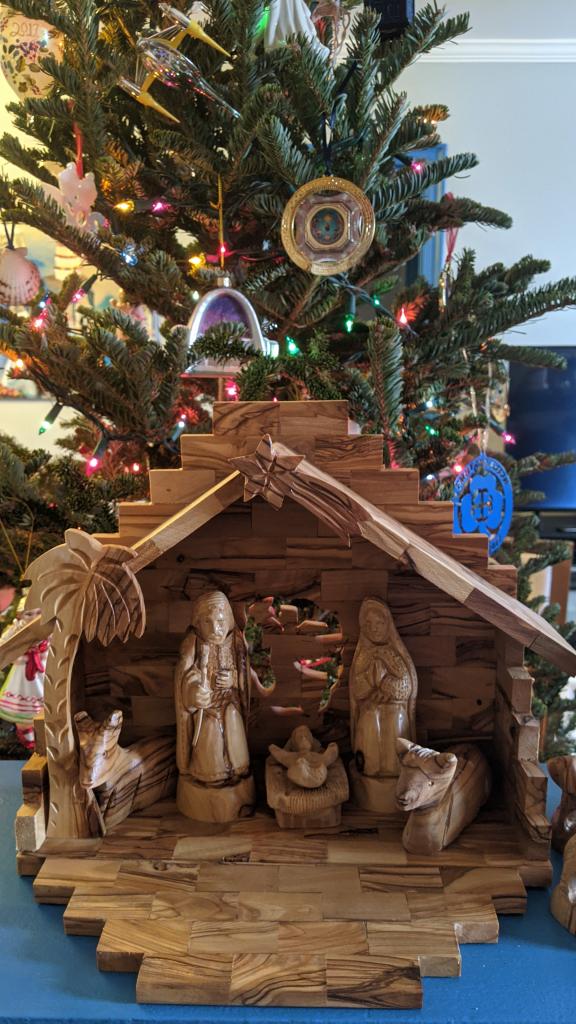 Have Yourself a Merry Little Christmas
Emily Claire Schmitt
4

Who Is To Blame?
Anne Kennedy
Get Patheos Newsletters
Get the latest from Patheos by signing up for our newsletters. Try our 3 most popular, or select from our huge collection of unique and thought-provoking newsletters.
From time to time you will also receive Special Offers from our partners that help us make this content free for you. You can opt out of these offers at any time.
see our full list of newsletters
Editor's picks See all columnists