The Future of Baha'i and the Unity of the Human Family

When freed from prejudice, sectarianism, and all traces of exclusivity, religion regains its vitality as a force for social cohesion. Growing numbers are coming to see spiritual life as "one unbounded reality equally accessible to everyone." (Message to the World's Religious Leaders) All the great religions are recognized as equally Divine in origin. The influence of their Founders is seen as the seminal force in the advancement of civilization. They have all "awakened in whole populations capacities to love, to forgive, to create, to dare greatly, to overcome prejudice, to sacrifice for the common good and to discipline the impulses of animal instinct." These achievements are recognized as the common spiritual heritage of all humanity, accessible to all without distinction.

This approach to religion as a universal human faculty has become a focus of Baha'i activity in America and around the world for the last two decades. A system of learning in action known as the Baha'i institute process has developed organically in neighborhoods, towns, and cities around the world, involving thousands of participants of all faiths and no faith. Spaces are created for children, youth, and adults to explore spiritual concepts together and gain capacity to apply them to their own social reality. Everyone participates in the generation, application, and diffusion of knowledge — drawing insights both from science and the world's spiritual heritage.

Capacities for service are developed, and increasingly complex collective action becomes possible. (See www.bahai.org/frontiers for documentation of the impact of the institute process on long-standing racial, tribal, gender, class, and ethnic prejudices in The Democratic Republic of the Congo, India, Colombia, and Canada.) Transformation of self and society go hand in hand.

This institute process, already present in more than six hundred towns, cities, and suburbs around the United States, will expand in its reach and impact over the next five years. Where hundreds or even thousands are involved, the very character of a culture and community begin to shift. A hopeful example of the society-building power of religion in an age of globalization can begin to be perceived. 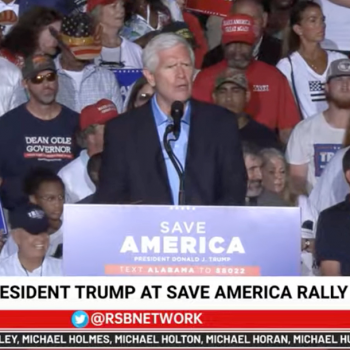 Rep. Mo Brooks: Religious Freedom Means I Get to Push My Faith on Everyone,...
Hemant Mehta
2

A Feast for Our Lady of Walsingham
James Ford
3 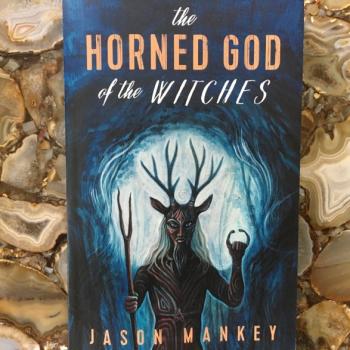 Book Review: The Horned God of the Witches
Ash
Get Patheos Newsletters
Get the latest from Patheos by signing up for our newsletters. Try our 3 most popular, or select from our huge collection of unique and thought-provoking newsletters.
From time to time you will also receive Special Offers from our partners that help us make this content free for you. You can opt out of these offers at any time.
see our full list of newsletters
Editor's picks See all columnists