Years ago, a good friend of mine temporarily homeschooled his daughter in the first grade. She had an illness that required her to stay home for several weeks and the school district offered to send a visiting teacher to their home a few times a week. Since my friend was a public high school principal he said that he would just come by her class every day and get her assignments and teach her himself. He kept track of the time it took to complete these assignments. On average, his daughter spent four minutes a day completing a full day's academic work.

One might reasonably ask: what do they do with all of the rest of the time? The short answer is that academics is only a part of the public school day (and really it is more than four minutes' worth in most situations). While there is time spent on administrative tasks and important behavioral instruction (like learning how to form a straight line to wait for stuff), a considerable part of the time in public schooling is instruction in values.

The conflict over transgendered bathrooms is a symptom of a far greater conflict over values. At its core, the public schools are controlled by a worldview that rejects the idea that God created men and women as distinct and fixed genders. And, of course, the idea that God created anything at all is a values proposition that is systematically undermined by public schools' controlling philosophy.

When my family decided to homeschool in 1982, we really didn't know that it would be a superior form of academic instruction. We thought we would do all right on that front, but our real concern was values. We wanted our children to grow up to embrace a Christian worldview that arises from a high view of the Word of God. We didn't want them to believe what we believed because it was our view, we wanted them to believe God's Word because it is true.

We shouldn't wonder why so many professing Christian young people have radically different views about homosexuality than their parents. This shift in values from one generation to the next, on this and many other issues, is largely due to the fact that young people as a whole are reflecting the views of their teachers—with a generous boost from media and entertainment.

The idea that children should learn the values of their parents was, in the very recent past, a universally accepted proposition. The Universal Declaration of Human Rights was unanimously adopted by the United Nations in 1948. This document arose as a worldwide response to the human rights abuses inflicted by Nazi Germany. One of its provisions proclaimed that "Parents have a prior right to choose the kind of education that shall be given to their children." Hitler believed that the state should give the nation's children its values through the schools. This "prior right" was fleshed out in the International Covenant on Economic, Cultural, and Social Rights, which declares that all nations have a duty "to have respect for the liberty of parents . . . to choose for their children schools, other than those established by the public authorities . . . to ensure the religious and moral education of their children in conformity with their own convictions."

My wife and I—okay, let's be real, mainly my wife—homeschooled our children for thirty-three years. Our kids were not slow learners. We just had lots of kids. Ten to be exact.

While the number of children in our family is a bit unusual, the results we attained from homeschooling are really fairly typical. It can be summarized as the "great kid, average parent" syndrome. Many parents considering homeschooling look at children who are being home educated and say, "Boy, those are great kids. I would like my kids to turn out like that." And then they look at their parents and say, "Well, they are just average parents. If they can be successful, I think we can do it too."

Not all of our children went to college. (We believe that college is a good way to prepare for the future, but not the only way.) But those who did were very successful. Four are graduates, two are still in college, and four others found great adult paths without college. One is getting his Ph.D. in bio-chemistry from Notre Dame. One without a degree is a computer programmer earning enough money that he just bought a house down the road a little way from us.

But these are the career and academic reports. We have been talking about values. All ten of our children are walking with God. They don't agree with us on every specific issue, but that's okay because they believe that God's Truth is the truth and they embrace that with enthusiasm. One specific fact demonstrates something very important about shared values and the child's perspective on homeschooling.

Every single one of our nineteen grandchildren is being or was homeschooled; the babies will be homeschooled, our kids tell us.

No one is living in our basement. No one is borrowing money from us. Our grandchildren are being homeschooled. Everyone is walking with God.

I think you too will find homeschooling to be a great way to raise good kids who turn into good adults who share your values. 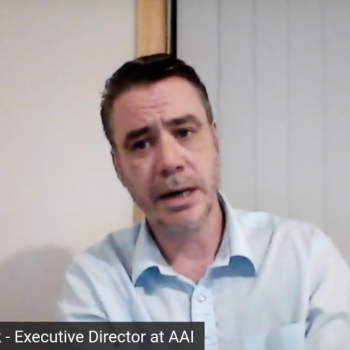 Atheist Alliance International Leader Resigns After Insult-Filled Tenure
Hemant Mehta
Get Patheos Newsletters
Get the latest from Patheos by signing up for our newsletters. Try our 3 most popular, or select from our huge collection of unique and thought-provoking newsletters.
From time to time you will also receive Special Offers from our partners that help us make this content free for you. You can opt out of these offers at any time.
see our full list of newsletters
Editor's picks See all columnists