Why Passing on the Faith Isn't Good Enough

Every year around this time, my family and I head to the fall fair in the village where my father grew up. It's become a family tradition in the past few years, and every year my family and I take a look at the list of competitions to see what we might want to enter—baking, photographs, hand-made cards, and other handicrafts. A few years ago, as we were looking at the different categories, we came across the "Grandma's Linen Closet" category and I started thinking about a small white box tucked inside my bedroom closet. In it are three dresser scarves that my grandmother lovingly stitched many years ago. Before she died, she gave the dresser scarves to my parents, who passed them on to my wife and me when we got married. I spent more time than I probably should have thinking about whether or not to enter these scarves in the fair, but in the end I decided not to enter them because I was worried that someone would spill ice cream on them or that they'd get torn on a sharp object as they were being put up and taken down for display. So they remained in that box, safe from ice cream and hidden nails.

When I think about passing on the faith, I'm reminded of these dresser scarves that were passed down through the generations of my family. When I hear people talk about passing on the faith, I wonder how many of us treat faith like a family heirloom, like something that we entrust to younger generations in order for them to protect from harm. But is this the best way to treat faith? Is faith really something that we need to carefully put in a box and hide from the world in order to keep it safe? Is the faith we want to pass on to children like a family heirloom that they need to preserve just the way it was handed down to them?

No, faith is not something that can be "passed on" to the young people in our lives.

For one thing, children have faith. They're born with the inherent gift of faith, a gift that can grow and change over time, but which is whole and real from the first moments of life. Children might not always be able to articulate or express their faith in ways that we can understand, but this doesn't mean that their faith is less real. Perhaps, in fact, it means their faith is more real, for it has yet to become encumbered by language and cultural norms and other human-created limitations that box in the full potential of faith. So when we say that we need to "pass on" faith to children, we imply some problematic assumptions. If children need to receive the faith that we pass on to them, then either they don't already have faith or the faith they've been given by God isn't as good as that which we possess, and so it needs to be ditched in order to receive the faith that only we can give them.

For another thing, seeing faith as a precious treasure to be handed down to younger generations robs it of its vitality. Faith is living, and like all living things, faith evolves and adapts and changes as human beings find creative new ways of expressing and nurturing it in their own lives and in the lives of those around them. But sometimes the idea of passing on faith makes faith into an object that the children we pass it on to need to hide away and protect like my grandmother's table scarves. Faith becomes something we give to children not so they can play with it, but so they can guard it from becoming tattered, stained, and faded.

What if, instead of passing on the faith, we encouraged our children to play with the faith that God has given to them in order to love it into greater vitality? What if we cultivated in young people a spirit of creativity, love, and responsibility with which they can explore and express their faith in ways that are all their own? What if faith became alive in the same way in which the Skin Horse became real in The Velveteen Rabbit—through hours and hours of creative and loving play. Sure, in the end our children's faith could end up looking nothing like we imagined it would—it may be stained and broken. It may have spots that are worn and places where patches cover over tears in the fabric of faith. And sometimes, as the Skin Horse admits, it will even hurt. A child's faith may not be beautiful to anyone except the child who possesses it. But it will be alive and it will be real.

So maybe our efforts to pass on the faith—well-intentioned as they may be—aren't good enough. Maybe we should also be striving to help the young people in our lives to play with the faith they already have—to explore, build up, tear down, create, and recreate again and again until the fur of their faith has been loved off like that of the Skin Horse who said, "Generally, by the time you are Real, most of your hair has been loved off, and your eyes drop out and you get loose in the joints and very shabby. But these things don't matter at all, because once you are Real you can't be ugly, except to people who don't understand." 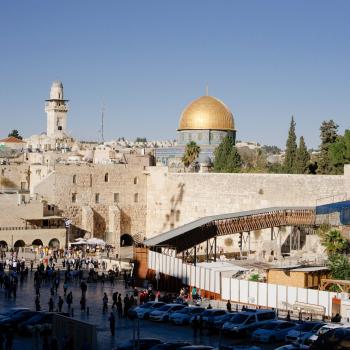 The One Falsifiable Religion
Richard Simmons
3 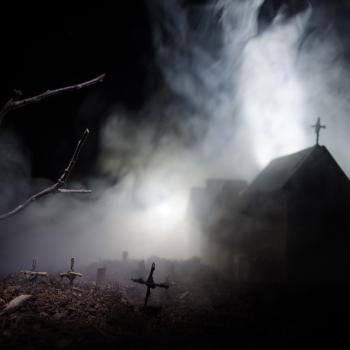 Alt's Superb "Pope Francis Derangement Syndrome" Series
Dave Armstrong
Get Patheos Newsletters
Get the latest from Patheos by signing up for our newsletters. Try our 3 most popular, or select from our huge collection of unique and thought-provoking newsletters.
From time to time you will also receive Special Offers from our partners that help us make this content free for you. You can opt out of these offers at any time.
see our full list of newsletters