Since launching in 2009, Patheos has grown to be the largest independent religion and spirituality website. Many of the site's faith channels have become the largest online space for that community, so that Patheos now contains the largest Catholic website, the largest Atheist website, and the largest Progressive Christian website – all at the same time.

Patheos went live in 2009 to meet the growing demand for credible, engaging information on religion and spirituality. Husband-and-wife entrepreneurs, parents, and 20-year internet technology veterans, Leo and Cathie Brunnick were inspired to develop Patheos in 2008. "Our goal was to be the premier online destination for engaging in the global dialogue about religion and spirituality, and to provide a place for people to explore and experience the world's beliefs. We are thrilled with the amazing growth of Patheos and its ability to reach so many people in the U.S. and around the world," said Cathie Brunnick, Patheos COO and Founder.

"The world is calling for intelligent, civil conversation about faith, and Patheos meets that need," said Leo Brunnick, Patheos CEO and Founder. "Our writers provide a unique perspective on what's happening in the world. From Atheists and Muslims to Pagans and Christians, Patheos is a model for how the world's divergent belief systems can not only co-exist, but engage each other in meaningful dialogue."

Be sure to check out reflections from staff, readers, and writers, and browse the site's history using the links below. Wish us a Happy Anniversary via Twitter at #Patheos5yrs.

To celebrate Patheos turning five, our editors present a small selection of articles published since 2009. The highlights below are a sample of the diversity of faiths and viewpoints represented on the site. 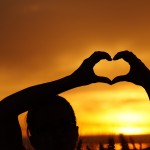 How I Lost Faith in the "Pro-Life" Movement
The spring of my sophomore year of college I was president...

Top 10 Tips For Christian Evangelism (From An Atheist)
I am writing this post to evangelical Christians who want...
Patheos Archives