The Church Should Not Weigh In On Ballot Issues

Editors' Note: This article is part of the Patheos Public Square on Politics in the Pulpit. Read other perspectives here.

It's important to begin this discussion with a note of charity. There is great diversity in how Christians answer questions of Christ and culture, because the New Testament says very little explicitly about the matter, and the questions raised are necessarily highly contextual, reflecting one's particular time and place. We need therefore to hold loosely to our conclusions and applications in this area, and respect those in other times and places and other traditions with whom we disagree.

As a minister in the Reformed tradition, I answer these questions with a series of distinctions that aren't often clearly understood in our day, so establishing a framework is important to avoid confusion.

The Reformed tradition begins by acknowledging that Jesus Christ is Lord of all, but also makes careful distinction between how Christ rules in different spheres, or kingdoms.

First, Christ rules all the nations by his common grace. As Creator, all civil authorities are instituted and given by him (Romans 13:1), and the moral behavior of all men will be judged by him. Jesus does not administer this common grace kingdom to save, but to preserve the created order until the end of this age (Genesis 8:22) so that his redemptive work in the kingdom of grace may continue. The Law by which he rules in this realm is generally known through nature and our consciences, and it is sufficiently clear for all magistrates to punish evildoers by the sword (Romans 13:4).

Christ rules in the redemptive kingdom, the church, by his Word, and the means by which it is governed is by the keys of the kingdom: The preaching of the Word and Church discipline, which regulates the sacraments as a means of God's grace. This is a heavenly and spiritual kingdom, not of this world (John 18:36).

This is the broad outline of what is commonly called the "Two Kingdom" view, as it is developed in the Augustinian and Reformational traditions. Christ rules equally but differently in the two kingdoms of common grace (preservation) and saving grace (redemption).

The great challenge for Christians is that we are called to live faithfully as citizens of both these kingdoms.

With the Apostle Paul, we can say that we are citizens of Rome, or the USA, by physical birth (Acts 22:28), and we can say that by the new birth we have been made fellow citizens with the saints in the household of God (Ephesians 2:19). Our citizenship therefore is in heaven, from which we await a Savior (Philippians 3:20). Christians therefore have dual citizenship. The Two Kingdom view is not schizophrenic, as some critics believe, but faithfully reflects the tension between our earthly and heavenly citizenships that is inherent in the New Testament.

Because the future heavenly kingdom of grace is breaking into our current time and place, these two kingdoms overlap. By his heavenly citizenship, Paul was free at the same moment his Roman citizenship kept him in chains. When the new heavens and new earth arrive—suddenly and violently, from above, and not by our doing—this duality will cease.

Given these distinctions, should the church publicly weigh in on ballot issues? I believe not.

While individual believers live in both kingdoms, the church and her servants, Gospel preachers, are exclusively heralds and ambassadors of the heavenly, redemptive kingdom. Like any good ambassador, they carry only the message of the king who sends them, and this message is very precisely circumscribed by the New Testament: "For I determined to know nothing among you but Christ and him crucified" (1 Corinthians 2:2).

The Good News of Jesus Christ is the sole focus of our Gospel ministry, because we have neither the authority nor the expertise to weigh in on civil matters. This is why in the matter of the Houston subpoena of preached sermons, I wrote that as far as preached material goes, pastors should be entirely willing to send their sermons to anyone who will listen.

Let me be perfectly clear. I am not advocating an utterly private spirituality, such that our faith has no impact on our public behavior and speech. There is a key distinction to be made between the duties of the church in its official capacity—i.e., the provisional governing authority of the heavenly kingdom—and the duties of individual dual-citizen Christians.

Churches absolutely have the obligation to mandate adherence to God's law. Christ commanded the church to "make disciples… teaching them to observe all that I commanded you" (Matthew 28:19). This is why "discipline"—teaching and enforcing God's moral law—is a distinguishing mark of Reformed churches. How then can religious congregations guide their members in moral and social issues, especially in this politicized age where every such decision seems to have political and economic ramifications? 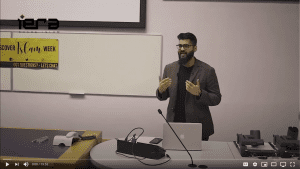 Don't Believe Everything You Hear or Read
Frank Viola
4

The Death Toll of the Pro-Life Movement Goes On
Mary Pezzulo
Get Patheos Newsletters
Get the latest from Patheos by signing up for our newsletters. Try our 3 most popular, or select from our huge collection of unique and thought-provoking newsletters.
From time to time you will also receive Special Offers from our partners that help us make this content free for you. You can opt out of these offers at any time.
see our full list of newsletters
Editor's picks See all columnists