If you happen to be wandering through downtown Bursa, a city of three million in Turkey's Marmara region, you might come across a narrow granite box with a triangular lid, sandwiched between two stone tablets and shaded by a stone pavilion. This is the türbe, or tomb, of a pasha who served the Ottoman state during its foundational years. Since his burial, an urban landscape—including Medical Park hospital, a file of banks, and an assortment of stores and stands selling kebaps, roasted corn, and discount clothing—has grown up around him, wrapping him up snug as a bug in the buzz of commerce.

In some American cities, too, the dead—even the long dead—co-exist visibly and gracefully with the living. Founded in 1711, Boston's Walter Street Burying Ground is now incorporated into the Arnold Arboretum. The winged skulls and cherubim on its headstones remind smoke-free Yankee locavores that tempus, despite their best efforts, continues to fugit.

Even in the history-poor Metro Phoenix Area, at least one tomb thrusts itself into the public eye. From the summit of a red butte in Papago Park rises a twenty-foot white pyramid faced with bathroom tile. Just below, Arizona Governor W.P. Hunt rests with his family. Overlooking the wetlands of the Phoenix Zoo, the pyramid is visible from any spot in the park, and from quite a few spots along I-10. If you live in the Valley and are returning from a weekend in Tucson, seeing this house of the dead winking in the sunlight can be your clue that you're almost home.

But from the very beginning of history, many city planners have preferred to keep the dead at a distance. For ancient Greeks, Jews, Etruscans, and Achaemenids, among others, dying meant relocating to a necropolis, or a city of the dead. Many necropolisei were less like ghettos than lavish gated communities. A UNESCO report compares the early Christian-era Jewish necropolis at Beit She'arim, near present-day Haifa, to "a book inscribed in stone," promising "its wealth of artistic adornments…is unparalleled anywhere." For a fair number of our ancestors, relegating the dead to their own space was not meant, or taken, as an insult.

The Enlightenment's re-invention of the necropolis, in the form of park-like cemeteries set outside city limits, reflected a growing conviction that intimacy benefited neither the living nor the dead. Interring dead bodies in urban churchyards meant stacking them one on top of the other like giant human sandwiches, and, when the pile grew as high as it possibly could, throwing some remains into ossuaries. Proximity to decomposing bodies afflicted nearby residential areas with an overpowering stench, not to mention infectious viruses. That the dead belonged out in the country was a point—maybe the only point—on which figures so varied as Sir Christopher Wren and Napoleon could agree.

By now, urban creep has claimed many once-rural cemeteries, but society's consensus still favors segregation. Some cities, like San Francisco, prohibit burials and cremations within their limits, shipping their mortal remains to places like Colma, California, where the dead outnumber the living by over 1,000 to 1. With twenty-nine cemeteries housing over five million, more than double the borough's breathing residents, Queens can claim to be Manhattan's Colma (though it has no slogan so catchy as "It's Great to Be Alive in Colma"). Crematoria now do for 43 percent of all American dead people—a percentage that has more than tripled since 1985. Dying is starting to look more and more like social death.

This is a trend to mourn. For the living, easy access to the precincts of the dead is a priceless resource. What we lose along with it is not so much awareness of death itself—for that we have media coverage of epidemics, shooting sprees, and ambitious terror networks—as the comforting belief that not even death can blot out our civic and communal existence. If we and the details of our lives slip completely into invisibility, with them goes even the small chance that our power to intrigue and inspire will outlast the small circle of our closest acquaintances. Flannery O'Connor published a story titled "You Can't Be Any Poorer Than Dead." Well, you can't be any more atomized than dead and buried where nobody will ever, ever notice you.

"Browse" might be the right word to describe an attentive amble through a cemetery. Meditating on gravestones can feel like trying on a variety of lives and deaths. How does a family stay so close that three generations are willing to spend an eternity together beneath a black marble headstone the size of a dumpster? What was it like for the surviving loved ones of this young man, killed in action in Europe on April 28, 1945, to see the Axis break so soon afterward? What kind of God—one asks wherever photographs are set into stones—takes so many women when they're young and pretty? 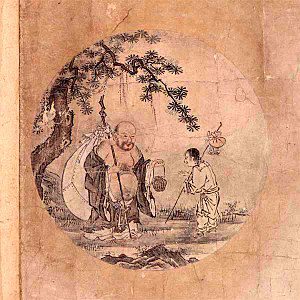 The Five Remembrances & the Path of Heart
James Ford
3

Mass Effect: What the Movie Mass Says About Grief and Forgiveness
Paul Asay
4