Sex-Obsessed: How the Church's Hyper-fixation on Sex Has Distracted Us from Being Like Jesus

Western Christians, particularly American Christians, seem to have a fixation on sex. A quick Google search for "Christian views on sex" will yield a whopping 36.4 million results. We Christians will discuss, sometimes ad nauseam, the who, where, when, what, why (and sometimes how) Christians can have sex that is holy and/or right in God's sight. Is it bad to discuss this? No, not inherently. Christians have, for millennia, been tasked with interpreting scripture into our lives and social contexts, which includes our relationships with one another. It's just that somewhere along the way, it seems as though discussions on sex and sexuality have eclipsed most other issues.

For Christians, because Jesus is our role model and the fullest revelation of God, it would make sense to see what he had to say about sex—which is surprisingly little. Matthew mentions adultery more than any of the other gospels (which is not surprising, given Matthew's penchant for rule-following). Even in Matthew, though, adultery is mentioned as part of the commandments and something one should not do (Matthew 4:27, 15:19, 19), without other specifics. The other gospels also mention keeping the Ten Commandments by not committing adultery (Mark 10; Luke 16:18). But other than that, Jesus does not have much to say about the rules for sex.

In fact, the only times he comes close to addressing the subject are in his conversation with the woman at the well (John 4) and with the woman caught "in the act" of adultery (John 8). With the woman at the well, Jesus acknowledges that she has had five husbands and the man she is currently living with is not her husband. But rather than spend the rest of the conversation berating her and her "loose morals," or dredging up one of the aforementioned teachings on adultery, he tells her about the Living Water he can provide. She leaves transformed and tells everyone she knows about this man who offered Living Water. She, the one who was outcast by all the other religious believers in the town, is now preaching the Good News. According to the gospel of John, "many believed in him because of the woman's testimony" (4:39).

The other instance is when Jesus is called on to condemn the woman who has been caught in "the act of committing adultery" (John 8). All the religious leaders are ready to stone her to death. Interestingly enough, there is no mention of the man here. The blame is cast solely at the feet of this poor "seductress." It is, after all, her fault. Maybe she if she had dressed differently, or drank less, or was a bit less encouraging... but I digress. Jesus simply says, "Let him who is without sin cast the first stone." Then he helps her up, and when all of the accusers have gone, he tells her that neither does he condemn her, and to "go and sin no more" (8:11).

This is not to say that robust discussions about sexual ethics, covenantal relationships, mutual respect, consent, love, power dynamics, and boundaries are not vitally important. They absolutely are, particularly if you pay attention to how much these topics affect our youth. However, after thirty-plus years of growing up in and serving Christian churches, I have begun to wonder if Christians have placed a premium on the "sex talk." In some churches, having sex outside of marriage is seen as one of the "worst" sins a Christian can possibly commit. I'm not here to weigh in on that argument; rather, I'd like to point out that the modern church seems to be in danger of allowing our obsession with sex to become much like the Pharisees' obsession with religious law. It can distract us from our call to actually be like Jesus.

Jesus kept having to remind the Pharisees that faith and salvation were about more than a check list of "do's and do not's." He kept reminding the culture around him that absolutely no one was beyond redemption. He frustrated people by pushing them to look inward, to their own issues, rather than spend their time pointing fingers and discussing why "they, out there" are all so bad. Jesus spoke more about caring for the poor, the orphan, the widow, and loving your neighbor as you do yourself than about the rules for sex.

The sad reality is that sometimes we Christians seem to care more about the rules surrounding sex than we do about refugees who are dying around the world, or racial discrimination, or systems of injustice. We would rather discuss the "do's and do not's" of sexual behavior than to go care for our neighbor. Unless, of course, our neighbor is "sexually promiscuous"—then we care a lot about them. And if our conversations about sex broaden to include issues of gender inequality, sexual discrimination, consent or civil rights ... those conversations are often shut down in favor of simply sticking to answering, "How far is too far?" 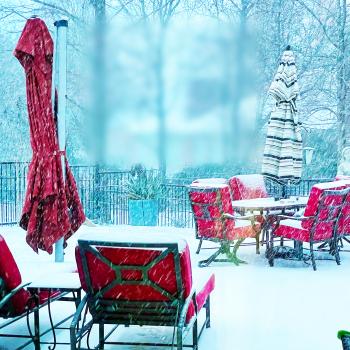 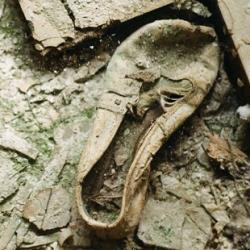 'Millions of Souls': the Manipulation Tactic Christian Predators Love
Cassidy McGillicuddy
Get Patheos Newsletters
Get the latest from Patheos by signing up for our newsletters. Try our 3 most popular, or select from our huge collection of unique and thought-provoking newsletters.
From time to time you will also receive Special Offers from our partners that help us make this content free for you. You can opt out of these offers at any time.
see our full list of newsletters
Editor's picks See all columnists