First Distinguish between Power and Service

I've attended meetings of the Organization of American States on behalf of the Holy See, always on topics of women, family, and children. Hostility toward the Catholic Church is not lacking. But some of the conclusions are laughable. There's a sense that the Catholic Church is some sort of mastermind, running everything in the world, not unlike the typical action movie villain, the kind James Bond saves us from in the '60s movies, an Iron Man foe, or a Darth Vader if one really despises the Church.

Sure the Catholic Church has a global influence with over one billion members, as probably the single largest provider of education and healthcare worldwide, and as a major religion that doesn't show signs of slowing down despite headlines generated by its critics. But there's more work to be done.

While the conversation continues about the role of women in leadership positions in the Church, the reality remains that faithful members of many major religions find themselves challenged, even assaulted, not by their faith, but by secular culture. Popular media often holds much more sway and influence than any religion. It even replaces religion. If we want to be strategic about making our respective faiths stronger, it would seem that we'd be focused on getting knowledgeable people into positions of power within the media, rather than worrying about gender quotas in religious leadership.

Nevertheless, when it comes to popular and immediate influence, I'd suggest that women look to two other places: the professional world and the family.

Think about it. What if we had Catholic women with the creative talent of Lena Dunham, but who knew their faith well enough to not do asinine (read—not very funny) Saturday Night Live skits about Adam and Eve, and who didn't have that toddleresque desire to strip naked every time there's an audience, then we'd be impacting the culture, probably more than any woman at the head of any Church office. I'd be willing to bet that such women wouldn't bring down SNL ratings and that they could write content that would generate more than the always diminishing [now about 800,000] viewers of the HBO Series Girls.

As long as the family is not shaping values and ideals, the world outside the family will easily do the job, although perhaps not to our liking.

Then there's the most important sphere of influence that women can have, but far too many aren't even aware of it and even run from it in hopes of being "important" somewhere. Most women will be mothers at some point in their lives. They are their child's first introduction to reality and to relationship, something that only just begins in utero. As the child reaches the appropriate age to begin to experience her own identity, it's largely dependent on the mother—what she allows and what she does not. Don't take my word for it. Read a book on narcissism.

Yes, fathers are essential; but I agree with John Paul II who wrote that the father learns fatherhood through the mother of their child. By and large, she determines whether or not the father is welcome in the family and what his role and interaction with his children are. It's an intricate discussion, which deserves more space than I have here.

If we're really interested in shaping and influencing culture, in having a significant impact on the world, then we need to look at the basis and foundation of our society: the families, or lack thereof. Study after study confirms that we are facing a growing epidemic of psychological problems. But those problems largely relate to how we perceive and experience reality, which starts at home with the primary caregiver, who is usually Mom.

No, I'm not blaming mothers for everyone's problems. However, the relationship that a child has with the mother can provide the child with the tools to weather the various storms of life. Empirical research confirms this. Perhaps then we should turn our thinking to the leadership of women in the family. After all, the Church can't replace what is lost in the family. It may heal it, but it can't replace it. 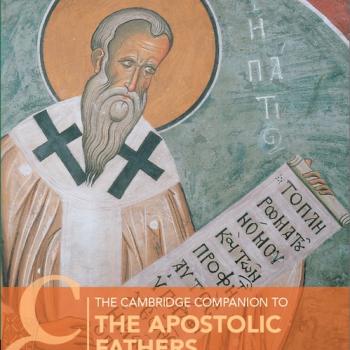 Craig's Atonement and the Death of Christ---- Part Five
Ben Witherington
Get Patheos Newsletters
Get the latest from Patheos by signing up for our newsletters. Try our 3 most popular, or select from our huge collection of unique and thought-provoking newsletters.
From time to time you will also receive Special Offers from our partners that help us make this content free for you. You can opt out of these offers at any time.
see our full list of newsletters
Editor's picks See all columnists