Do You Have to Be Baptized to Go to Heaven?

Different denominations and even various individuals within the same denominations disagree on whether or not a person can go to heaven after they die without being baptized. This debate is born largely from the fact that the Bible never explicitly answers the questions about whether or not baptism is a requirement for entering heaven. As such, many argue that baptism is not, strictly speaking, necessary for a person to reach heaven after death. If Christian baptism were that important, they argue, surely the Bible would overtly state that a person needed to be baptized before death or risk losing the chance to enter heaven.

Despite the lack of direct command of baptism for salvation, the Bible does describe baptism as a part of the normal Christian experience. The word “baptism” simply means “immersion.” Baptism began as a gateway to repentance as preached by John the Baptist, who immersed those who wished to repent in the Jordan river (Matthew 3.6). Jesus, too, was baptized (Matthew 3.13-17), and as he was coming up out of the water, he was divinely affirmed as the Son of God and filled with the Spirit of God. (Christians teach that Jesus, never having sinned, had no need to repent, but that his baptism was a sign of his solidarity with the human condition.) After the resurrection, Jesus commanded his disciples to baptize people in the name of the Father, the Son, and the Holy Spirit (Matthew 28.19). The early church consistently baptized those who came to faith (Acts 2.41, 8.12, 8.34-36, 9.18, 10.47-48). Those who had faith but who died before they could be baptized were granted “the baptism of desire,” a recognition that spiritually speaking, they were truly “immersed” in the salvation of Jesus Christ.

The earliest Christian writers explained baptism in different ways. Paul spoke of baptism as an immersion into the full experience of Jesus—descent into death and raising up into new life (Romans 6.3-4). Elsewhere he alludes to baptism as a birth (Titus 3.5). Peter spoke of baptism as a spiritual cleansing (1 Peter 3.21). Baptism, then, is not a taught as a transaction or a guarantee, but a normative and expected part of the Christian experience. As such, it was easily perceived as a requirement.

As the church spread and whole families converted to the Christian faith, the question arose as to the status of children in a Christian household. Some theologians began to equate the rite of baptism with the Jewish rite of circumcision. Just as a Jew was someone who was born into a family of Jews, and (if male) was marked by the rite of circumcision, so a Christian born into a family of Christians could be welcomed into the church by the rite of baptism. The normative aspect of baptism shifted into a required aspect, and Christians began baptizing their children in order to embed them in the Christian community. Some early theologians began to teach that apart from baptism, children would not be saved.

Infant baptism continues today in many denominations, while others insist that believers wait for baptism until they are old enough to truly understand the covenant they are entering into with God and mature enough to choose a Christian life of their own volition.

For much of the past, however, the odds of any child living long enough to reach adulthood or even adolescence were depressingly low. As such, infants were baptized almost as soon as they were born so that they could reach heaven if they died during childhood.

Most Christian communities today, whether or not they practice infant baptism, teach that unbaptized children are not held guilty for their sinful nature before God, and are thus received directly into heaven if they die prematurely.

Read more here about how Protestants differ on how Christian baptism should be performed.

More From Patheos About the Christian Practice of Baptism

Why is Baptism so Important For Christians?
Is Full Immersion Necessary For Baptism?
A Scriptural Argument For Infant Baptism
Top 7 Bible Verses About Baptism
3 Things the Milestone of Baptism Signifies to the World 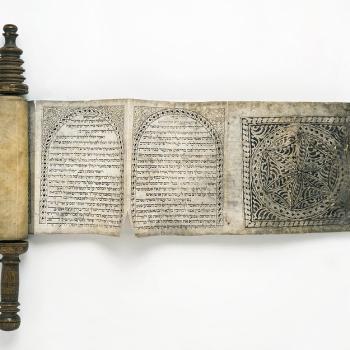 Progressive Christian
Lens on Life: Do You See Abundance or Poverty?
Danielle Kingstrom 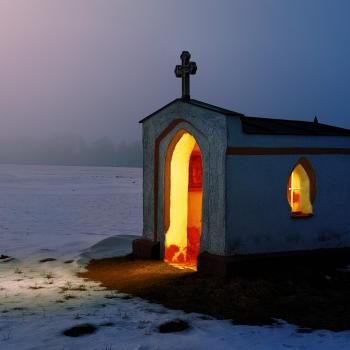 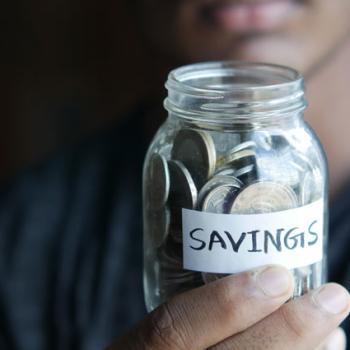 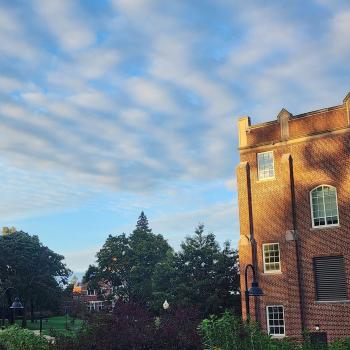 Progressive Christian
Why Men Should Be Pro-Choice, and other obvious truths
Vance Morgan