What is Spirituality vs. Religion?

These two terms—spirituality and religion—are often used interchangeably and just as often used in opposition. Some see no difference between them and think of spirituality as the experiential part of their religion. Others like to talk about “being spiritual but not religious.” For the latter of these two, religion implies a rigidity and dogmatism that they reject.

The concept of the spiritual life is most commonly attributed to early Judeo-Christian tradition. The Hebrew prophets foretold a time when God’s Spirit would indwell the covenant people. The Christian community taught that those who trusted in Jesus would be given God’s Spirit, granting them the power to live a spiritual life. This life was described as godly, prayerful, kind, and loving. As Christianity developed in its early centuries, it gained increasing structure—defined by common creeds, scriptures, and community leadership—and, as some argue, it lost sight of the personal, experiential aspect of the faith.

The term “spirituality,” however, is more generally understood today as an expression of self-discovery and individualized attunement to transcendental realities that are subjectively understood. It often has little or no connection with Judaism or Christianity as historical religions. Spirituality, untied from any religious affiliation, is an eclectic concept and can draw from a wide variety of sacred traditions, mixing and matching according to the individual’s perceptions and tastes. As a postmodern concept, this kind of spirituality rejects dogmatic claims of truth, embraces individual preference over authority, and finds the meaning of reality in personal definitions.

Religion, on the other hand, has certain recognizable components. Religions typically have boundaries; that is, they incorporate the ideas of an institution or formal society that defines membership. Thus, they are strongly communal; their members share common beliefs and practices. They are usually tied to a historical narrative and, thus, have a continuity with the past and a mutual anticipation of the future. The narrative provides a message about God, about God’s relationship with humanity, about human nature, and about the meaning of life. In this sense, religious are more objective, more defined than is personal spirituality.

Religions are often perceived as authoritarian and, while those who wish to be “spiritual but not religious” feel that such authority is repressive and limiting, it can also be truth-defining and clarifying. In this sense, the concept of religious authority has less to do with persons “in charge,” empowered to reward and punish, as it does with a recognized source of divine self-revelation and, thus, of reality itself. Religions have intellectually based components that allow members to engage in common worship, study, conversation, and shared knowledge. Most religions also, however, have a mystical component—a personal engagement with the divine that can be transformative, deeply experiential, and even “spiritual.”

The contemporary definition of spirituality and religion may seem mutually incompatible, but they don’t need to be.

A person committed to a religion may practice it with either rote, perfunctory submission or with deeply spiritual convictions and experiences. Religion without spirituality can become legalistic and rigid, focused on structures of power and perfectionism. Spirituality without religion, however, can devolve into solipsistic emotionalism, letting personal tastes dictate truth and morality.

The term “New Age” has been used to describe spirituality without religion.

Read more about this concept here and compare it to Christianity’s teachings about the spiritual life here.


4/1/2021 2:08:13 PM
About About Kathleen Mulhern, PH.D.
Kathleen Mulhern is a writer, editor, historian, speaker, and professor. She teaches courses in world history, European history, and history of Christianity. She has taught at Colorado School of Mines and Regis University, and is currently an adjunct professor at Denver Seminary in the areas of Church History and Spiritual Formation. Kathleen graduated with a B.A. from Wheaton College, earned an M.A. in French Literature from the University of Denver, an M.A. degree in Church History from Denver Seminary, and a Ph.D. in History from the University of Colorado.

More from Patheos about Religion

Religious Freedom and Religious Responsibility
The Transformation of the World?
Wisdom and the Religious Other
Shaping Interfaith Leaders 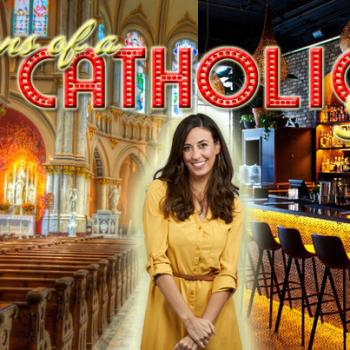 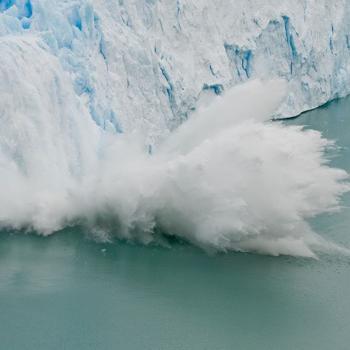