This essay is a runner up in the 2021 Patheos 'Religion Lost & Found' college essay competition. You can see all prize-winning essays here.

I was born into a Muslim family in the United States. When I was a little over a year old, my father was murdered. My mother, under the strain of raising children on her own in an unfamiliar country, decided to send my sister and I to live with our grandparents in Guinea. I spent my childhood in the countryside of Guinea. My grandmother had an old clock that would ring whenever it was time to pray. Along with the sound of the clock, there was a masjid, a mosque, not far from our compound that played the adhan, the call to prayer, on a loudspeaker throughout the day.

The entire community, even the birds and lizards, would wake up at sunrise to pray the first prayer of the day. I would also wake up, even at three or four, to wash up and happily join my grandparents in their prayers. I would dig through my grandmother's closet and argue with my sister over what hijab we would wear. My favorite hijab was one my mom used to wear when she was younger, and which she had left behind when she went to the United States. It was brown and swallowed up my entire body. While I prayed, I often closed my eyes and imagined that the hijab still carried the scent of my mother.

When I was seven, my sister and I returned to the United States to join our mother. In the United States, there was no old alarm clock and there was no masjid close by with loudspeakers to play the adhan, to alert everyone when it was time to pray. In school, the teachers did not pause their lessons when prayer time arrived, and the school never gathered and prayed together. I had to make up my missed prayers when I got home. I would return home from school, wash up, and put on my same favorite hijab, which I took from my grandmother’s closet when she wasn’t looking, and which still swallowed up my entire body, and pray the missed prayers. While I was praying, I closed my eyes and I imagined myself standing behind my grandfather and listening to the entire community, even the morning birds, praying alongside us. Then I would finish the prayer, open my eyes, remove the hijab and return to my reality.

As I got older and I became busier, I began to pray less and less often. The memories of my time in Guinea were slowly fading. During high school, I would wake up, get ready for school, do my after-school activities, return home, eat, do my homework and prepare to do it all over again the next day. Praying had slowly become a chore, another thing that I needed to do because my mother told me to do it when she returned home. My sisters would go into our room, put on a hijab, and pretend to pray. At that time, my mother sent my older sister and I to Arabic school during the weekends, so that we would learn Quran and become surrounded by people that shared our faith.

Instead of feeling a sense of community, I felt isolated. The majority of the children my age in the Arabic school were much better versed than me, having practiced the language and the Quran from a young age. I was intimidated by my peers and, for a long time, felt inadequate. My peers could speak and read Arabic fluently while I struggled to remember the alphabet. My peers wore their hijabs even outside of Arabic school, while I removed mine as soon as I was far enough away from the masjid. I felt like I did not belong. The hijab I wore on my head became a symbol of a part of me that did not resonate with me anymore. I began questioning myself and my faith. How can I call myself Muslim when I lie about praying to my mom daily? How come I waste my time taking all these precautions to make it look like I prayed when I could spend that time praying? When did I begin to feel inferior among others in my faith community? When did I start to despise the idea of putting a hijab on my head?

For fifteen years I had no answers to my questions. I had changed. There were times I would look at the hijab, unchanged, the same brown color. There were times when I put the hijab on and everything faded away and, in those moments, I was able to see the turmoil within myself clearest. I felt uncomfortable and ashamed of that turmoil. It was that discomfort that made me feel so detached, like an imposter. This didn’t happen with any other hijab; it was only that brown hijab which brought my discomfort to the surface. This frustrated me because the hijab was mine and it had always been mine, but it felt like it didn’t belong to me anymore. It felt like my own past, my childhood in Guinea that seemed embedded in each thread of the unchanging hijab, didn’t belong to me anymore. And here I was just standing there in my room, like a fool, pretending to do something as significant as praying.

I recently went back to Guinea for the first time in nearly fifteen years, to attend my brother’s wedding. I spent some time at my grandparents' compound. When the old alarm clock in my grandmother's bedroom rang, I did not even twitch. I was used to the loud sounds of New York City streets. But when the adhan of the local masjid rang soon after, I was quickly awakened by the sound. I got up with the family to wash up; I dug in my suitcase for the brown hijab that had, finally, become too small on me. I stood behind my grandfather and closed my eyes. I was suddenly bombarded with an onslaught of memories that I had long since been buried deep in my subconscious. It surprised me because I look back and realize that I lived fifteen years disconnected from myself and my faith. That is a long time to be holding this inner turmoil inside. It was a weight on my shoulder that I kept on and I had gotten so used to having the turmoil heavy on my shoulders like weights, that I had become accustomed to it. It was not until I took them off that I realized they were there. Imagine that, getting some weight off your shoulders by putting something so thin and so small on. After the prayer ended, I remained on top of the prayer mat with my eyes closed. Coming back fifteen years later and waking up at sunrise with the entire community, putting on that brown hijab, praying, and preparing to start their day. It was at this moment that I felt closest to God and my faith.

Aissatou Toure is a senior at NYU who is majoring in Middle Eastern and Islamic Studies with minors in Law and Society and Korean. After she graduates she plans on earning her real estate license and going to law school to obtain her law degree. She eventually aims to become a justice in the United States Supreme Court. 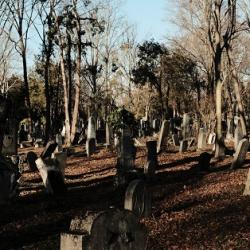 Gospelbound Talks (Ineptly) About Deconversion
Cassidy McGillicuddy
Get Patheos Newsletters
Get the latest from Patheos by signing up for our newsletters. Try our 3 most popular, or select from our huge collection of unique and thought-provoking newsletters.
From time to time you will also receive Special Offers from our partners that help us make this content free for you. You can opt out of these offers at any time.
see our full list of newsletters
Editor's picks See all columnists 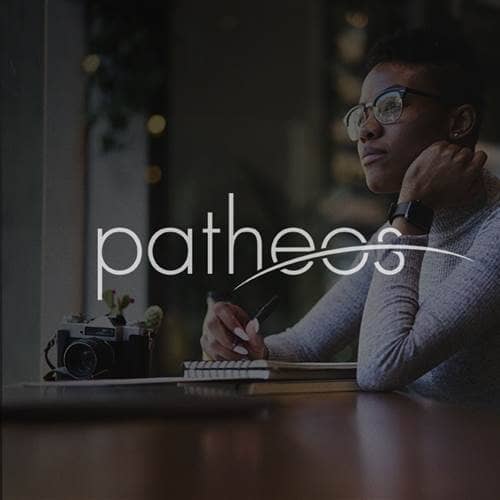