Say "No" to Self-Importance

Saying “No” like Jesus means saying “No” to busyness and “No” to people-pleasing. Yet we must also say “No” to our own self-importance. As Paul exhorted the Philippians, our shared identity in Christ forms the foundation of our unity. Our faith is more essential than the money or talents we possess, the family to which we belong, our ethnicity or place of citizenship.

Jesus Humbled Himself in His Incarnation (Philippians 2:1-7)

Paul then described the life of Jesus as our example of humility. “So if there is any encouragement in Christ, any comfort from love, any participation in the Spirit, any affection and sympathy, complete my joy by being of the same mind, having the same love, being in full accord and of one mind” (Philippians 2:1-2). In other words, “If you love Jesus, then you will love others who love Him also.” Paul further exhorted the church: “Do nothing from rivalry or conceit, but in humility count others more significant than yourselves. Let each of you look not only to his own interests, but also to the interests of others” (vv. 3-4).

Application Insight: When you truly love Jesus, you will not grow selfish or fight with other Christians. You will consider what is best for them before you seek your own desires. Yet if you first choose to please yourself, then Paul questions your love for Jesus. Following him should make a noticeable difference in your attitude toward others (John 13:34-35; 15:12).

Imagine grandma baking the most delicious homemade pie that makes your mouth water. In the morning, she mixes the ingredients and rolls out the dough. She presses the crust into the shape of the pan, pours in the fruit filling, and covers the heaping mound with another layer of dough. She then places the pie in the oven and bakes it for what seems like hours. Every passing minute, the aroma of homemade goodness fills the air until the pie is done. Grandma then removes it from the oven and sets it out to cool as everyone crowds the table drooling. Dessert will not be served until after dinner, but it is well-worth the wait when everyone enjoys a generous slice of pie à la mode.

As often happens though, one piece remains left over. And, of course, that piece is yours. You saw it first. It has your name all over it. Unfortunately, your brother saw it first as well and claimed it for himself. How do you solve this pie dilemma? You might grab that piece and gobble it before anyone has a chance, but that would be frowned upon as selfish. You could ask politely if anyone else wants it, but that runs the risk of someone (especially your brother) saying that they do. Or you could try to split the pie with one half for your brother and the other for yourself. Yet how do you determine who gets the bigger half? Human nature is inherently self-centered.

For this reason, Paul wrote, “‘In humility count others more significant than yourselves. Let each of you look not only to his own interests, but also to the interests of others’ (Philippians 2:3a-4). "Be humble. Put your brother first. Consider his interests before your own. Instead of seeking the bigger piece for yourself, graciously offer it to your brother. Instead of fighting over who gets the bigger piece, love means that you both fight to give the bigger piece away” (see Romans 12:10). You might hear this teaching and think to yourself, “Well, that’s a rotten deal. If I’m a Christian, I can never put myself first. I will never get what I want if I always think of others. What’s in this deal for me?” Paul just continued to point to Christ: “Have this mind among yourselves, which is yours in Christ Jesus, who, though he was in the form of God, did not count equality with God a thing to be grasped, but made himself nothing, taking the form of a servant, being born in the likeness of men” (Philippians 2:5-7).

Application Insight: If you put others first before yourself, then you will benefit by becoming more like Christ. You will receive the mind of Jesus as you think and act like him. So, in every situation, you can either please yourself or become like Jesus. You cannot be both, however, because Jesus never tried to “take the bigger piece.”

According to Paul, Jesus existed in the form of God and was equal with God. God the Son was God himself—the King of heaven with both throne and crown. He was worshiped by angels and adored by all. Yet he made himself nothing by laying aside his claim to divinity for a time. He also took the form of a servant, being born in the likeness of men. Consider an important person like the President of the United States. He lives in a big, White House. He has gobs of money. He has thousands of workers who do his bidding and millions of constituents who hang on any word he speaks. They do not worship him as a god, yet he is a man with tremendous power. Yet imagine if, one day, he declares himself no longer President. He gives away all his trappings and lets his workers go. He removes his fancy suit and clothes himself in rags so he can live in the D.C. slums. That would, of course, never happen. We cannot comprehend such a level of humility. Yet Jesus sacrificed even more when he went from heaven down to earth and gave up everything to possess nothing. Our King of glory willingly became a helpless child, yet this was his joy to demonstrate humility.

Application Insight: As a child, you might recall waking up for school. Perhaps your mom or dad flipped on the lights and pulled off your blankets. They might have even started singing loudly and badly until you dragged yourself out of bed. Think how hard it was to leave the comfort of your nice, warm bed. Then think what Jesus had to sacrifice to leave the glories of heaven. Amazingly, however, his father did not need to kick him out. No angels had to drag him down to earth, for Jesus willingly and joyfully became a man.

We celebrate Christmas every year because Jesus Christ, the Son of God—the King of heaven, became a helpless child. He suffered greatly when he made himself as nothing. He was born in a stable for farm animals and laid in their feed trough (Luke 2:7). This was not the cozy cottage with perfect lighting that you find on Yuletide cards, but rather a barn filled with stinky, smelly livestock. The straw was their toilet, cold and dirty and reeking of manure. Our Lord was not born in a sterile hospital with clean sheets and attending nurses, but in a foul place where most babies would have died. Jesus made himself nothing to become a man.

Then after he was born, King Herod tried to kill him. Herod instructed his soldiers to murder all the baby boys under two years old (Matthew 2:16-18), so Jesus and his parents had to run away to Egypt (vv. 13-15). They lived as refugees in that foreign land until they could safely return to Nazareth (vv. 19-23). Yet even in his hometown, Jesus’ friends made fun of him because they knew that Joseph the carpenter was not his bio-dad. They knew Jesus had been adopted, so they whispered rumors that his birth was illegitimate (John 8:41). They did not believe he was the Son of God. In fact, even Jesus’ own half-siblings would not believe him (7:3-5), perhaps jealous that their older brother never got in trouble. “Mr. Goody Two-Sandals” was just too perfect. Jesus made himself nothing among his friends and family.

Jesus then performed miracles and healed the sick. He preached God’s Word to many who would like him for a time. Yet eventually, the people turned against him. The Jews arrested him and accused him of claiming falsely to be God (Matthew 26:59-68). They convinced the Roman government that he was dangerous and should be crucified (John 18:28-38). Thus, Jesus made himself nothing in his death.

Application Insight: Perhaps you also feel mistreated or misjudged. You’ve been ridiculed, shamed, or bullied. Someone yelled at you in anger or hurt you physically. Remember that your Savior, Jesus Christ, experienced such pain as well and suffered greatly in his life on earth: “For we do not have a high priest who is unable to sympathize with our weaknesses, but one who in every respect has been tempted as we are, yet without sin” (Hebrews 4:15). Jesus knows your heartaches and your hardships, for he too experienced this fallen world and loves you all the more because of it. “Let us then with confidence draw near to the throne of grace, that we may receive mercy and find grace to help in time of need” (v. 16). 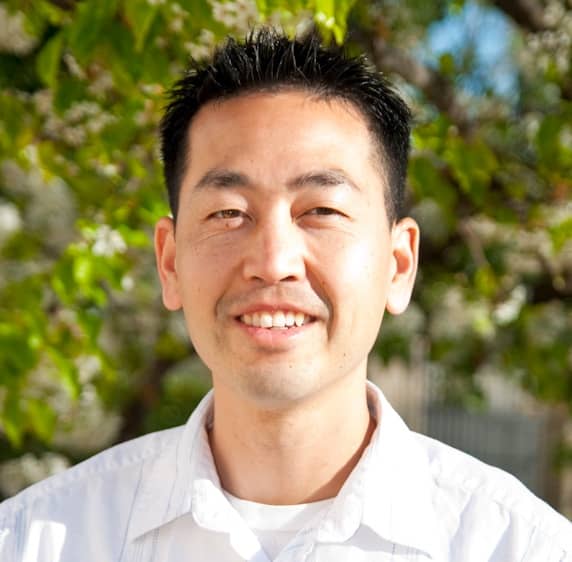 About Tom Sugimura
Tom Sugimura is a pastor-writer, church planting coach, and professor of biblical counseling. He writes at tomsugi.com, ministers the gospel at New Life Church, and hosts the Every Peoples Podcast. He and his wife cherish the moments as they raise their four kids in Southern California.