Of Watchers and Witnesses

Far away, in a remote location, the enemy sits — no doubt plotting how to overthrow our peaceful, prosperous way of existence. But our intelligence anticipates their next attack, and if we are quick we can neutralize the threat! We must act swiftly! Thankfully our technology allows us a rapid response. When the enemy least expects it…

… fire falls from heaven, and freedom and peace have been preserved!

This battlefield isn’t across the ocean, it’s on social media, in blog posts, and internet comboxes.

Fr. Thomas Roscia, CSB recently spoke of this problem in an address he gave at the Catholic Media Conference.

Many of my non-Christian and non-believing friends have remarked to me that we “Catholics” have turned the Internet into a cesspool of hatred, venom and vitriol, all in the name of defending the faith!  The character assassination on the Internet by those claiming to be Catholic and Christian has turned it into a graveyard of corpses strewn all around.

In our rush to proclaim the truth, we have forgotten St. Paul’s admonition that we do so ‘in love.‘ Now, some have already tuned out, because I used that liberal word ‘love.’ And while it’s true that some use ‘love’ as an excuse to ignore truth, far too many self-appointed faith-defenders use ‘truth’ as an excuse to ignore charity.

Everyone seems to be suspicious and distrustful of the ‘other.’ You don’t have to go far to find a ‘watcher’. There are so many bloggers now, who seem to be dedicated to calling out everyone who disagrees with them – who seem to have forgotten Eph 6:12, and have engaged in mainly friendly fire. We have far too many ‘Watchers’ and not nearly enough ‘Witnesses.’

So, gentle reader, how do you avoid the trap of demonizing your opponent and letting all hellfire loose upon their inane, inferior argument (for the spiritual safety of others who might be led astray by their malevolent attempt to twist doctrine and decency for their own gain… of course)? Remember the three R’s. Rebuke without Relationship breeds Rebellion.

Ask yourself, “Do I know this person? Do I have the smallest bit of credibility with this person? Would my admonishment truly bring about conversion?” This step is of vital importance, because it requires you to acknowledge the humanity of your interlocutor. It is easy to attack the idea and forget the person behind it. But the person who holds this idea has a completely different history than you do; They obviously see the world differently, but why? Their experiences may make you shudder. They may have endured things that would have destroyed you. They may have tied a great deal of personal experience to their perspective, and by launching a full-force attack you may be causing grave collateral damage. It is possible to engage in discourse without withering attacks, but often (especially online) it is too easy to read-into a person’s position.

If you don’t know them, and you have no credibility with them, then you have two possible courses of action.

Maybe they have some really messed up ideas. Maybe they are living a life that the Church recognizes is “objectively disordered,” but they are the handiwork of God. They bear an incomparable dignity that must be honored. Remember, we aren’t out there to win arguments, we’re out there to win people.

Pope Paul VI said it this way, “Modern man listens more willingly to witnesses than to teachers, and if he does listen to teachers, it is because they are witnesses.” If you want to practice a Spiritual Act of Mercy — if you want to instruct the ignorant, and admonish the sinner — then the act must be grounded in mercy. If you want the right to correct and instruct, you must first build relationship.

When we fail to do this, we fire our biggest guns not only at arguments, but also at people. And woe to us if our arguments breed rebellion in a person who otherwise might have been reconciled to God and his Church! Instead of a crown of gold, our reward will be a really heavy necklace.

The next time you are drawn into a debate over the faith, look through the fog of war to see the person on the other side, put down your weaponry, and engage the person instead of the argument.

Be a witness, not a watcher.

A Note About Comments:

This is my blog, so the comments abide by my rules. This is a community for support and the free exchange of ideas. Uncharitable comments will be deleted. Habitually uncharitable commenters will be entrusted to the mercy of God and banned. You are free to disagree, but honor the humanity of every person here; we’re all fighting a hard battle. 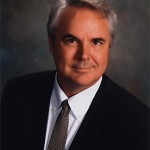 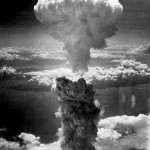 May 28, 2016 Evil for Evil, Reviling for Reviling
Browse Our Archives
Related posts from A Belief Observed 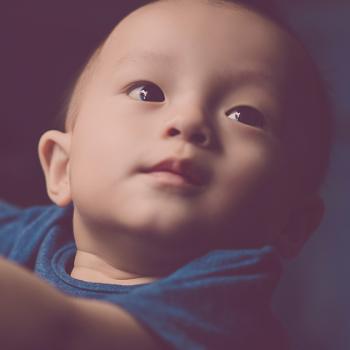 Catholic
All Lives Matter: The Universal Dignity of the...
A Belief Observed 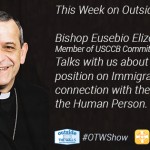 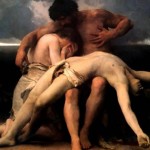 Catholic
A Novena for Parents who have Lost a...
A Belief Observed 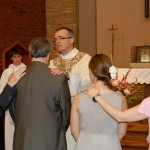