What Are You? (The problem with labels.)

One of the most common questions I receive is from folks who are trying to decipher my own personal beliefs in order to determine “friend or foe.” We all tend to do this, looking for a safe ear that might listen, or looking for ways to discredit and dismiss any potentially opposing viewpoint. Once I left my faith behind, I never really considered the idea of wearing my ideologies on my sleeve again, as I’m no longer defined by any “clubs” to which I belong. Yet, people ask all the time, so I thought I’d share this little exchange that I referenced in a recent podcast.

“Dear Horus,
I’ve been reading your blog for awhile now and am totally confused about your current faith. What are you? Agnostic, atheist, or anti-theist now? Thanks!”
– Ken, Baton Rouge, LA

Hi Ken,
Thanks for writing. I’m not really a fan of arbitrary labels but… Yes! (Why does it matter?)
– Horus

“Yes? What the hell does that mean? Of course it matters!  Yes what? Which is it?” – Ken

Hi Ken,
It simply means that I’m ‘all of the above’ – agnostic, atheist, and anti-theist. But, when it comes to illustrating Bible verses, I don’t see why it matters who paints the pictures, as the Bible speaks for itself (when allowed to do so without being massaged into cultural submission of modern theologians and pastors). – HG

“Huh? What the hell are you talking about? You can’t be an atheist and an agnostic at the same time. That doesn’t make any sense at all!” – Ken

Ahh, I’m sorry for not being more clear, Ken. The way I see it, the three labels you supplied are not mutually exclusive at all and there is a lot of crossover – even among people who are very devout in their faith (or rejection thereof).

To me, the term agnostic is an academic proclamation. That is to say, “I don’t know for a fact whether there are any gods – or not.” To me, it’s very honest to admit that I don’t know something while also leaving myself open to possibilities of future data that might change my mind, based on the evidence. Not a wishy-washy cop-out, just an honest statement of what I do and don’t know. To assert anything beyond actual knowledge as knowledge is simply dishonest. In fact, I might suggest that many, if not most Christians are truly agnostic. Sure, they have plenty of faith in God based on tradition and what their Bible and pastor says, but can they really assert to truly know God is real? (If they are being honest about it, of course.) So, yes – I guess I’m an agnostic because, “I don’t know…”

Conversely, the term atheist to me is, like faith, a statement of beliefs, not facts, “I don’t believe there are any gods because I’ve never been given sufficient evidence to do so.” To assert atheism as a statement of knowledge of facts would be disingenuous and require proof of some sort. Can I prove that gods don’t exist? No, not really, which is probably why you don’t hear many atheists saying things like, “I know there aren’t any gods.” Therefore, it’s a matter of belief based on the data at my disposal. Thus… yes, I guess I’m an atheist. While there is certainly a lot of stigma attached to the label, and I have personally denied the label myself for a few years, I’ve finally come to recognize that it’s not a dirty word, just an honest statement of belief. “I don’t believe…”

On the flip side, to me the term anti-theist has nothing to do with knowledge or belief, but of philosophy and ideology about whether religion is necessary and/or productive in any given society. My thoughts on religion have evolved greatly over the years and I’ve come to the personal opinion that organized religion has proven to be an impediment to the progress of society. As such, yes – I would consider myself an anti-theist. This doesn’t mean that I’m a violent anarchist who wants to blow up churches – just a guy who doesn’t think they are necessary in the 21st century – that’s all.

Here’s the awkward part – the only thing that separates any of the above from those of faith is a single degree of separation. Christians couldn’t possibly know whether Vishnu, Adonis, or Baccus are real, right? So, if they are being honest, they are academically agnostic in terms of all gods but one.  The same could be said about belief in other gods – they are atheists when it comes to all gods but their own. Lastly, and possibly most dangerously, the same could be said of the ideological position on religions other than their own – being anti-theists on all counts except… one.

For what it’s worth, I know many people who believe in God, even Jesus, but are staunch anti-theists in terms of organized religion that continues to evolve at the hands of man. Is it any surprise that over the last 25 years of mainstream Christianity, more and more focus has been on a “relationship” instead of the religion? Theism appears to be on two tracks – either being watered down to appeal to secularized societies, or the exact opposite, with fundamentalists barricading themselves against the secular world with their “old time religion” (which, of course is ironically just one snapshot in their religion’s own evolution, separated from the original source by many generations of previous change.).

At any rate, while I may be “all of the above” – I really try to not let my knowledge, beliefs, or ideologies pigeon hole me into wearing simplistic labels that are often completely misunderstood by the world at large. I’m not Horus the agnostic atheist anti-theist. I’m Horus, just a guy trying to make it through life the best I can. Horus, who would rather be judges by his actions in this life, not his beliefs about an afterlife. Does that make sense?

Here’s the thing, though – ask anybody to define the same terms and you’ll get completely different answers. That’s why I don’t like labels and rarely answer the question, instead, first turning it around, “What does that term mean to you?”

“Well hell that was actually a really helpful response and gave me a lot to think about. I’ve always thought anti-theists were royal pricks. But yeah I know what you mean thanks for taking the time to respond! I was half waiting for you to tell me that you actually believe in Jesus! LOL!” – Ken

What if I did? Would that also earn me the label of being a Christian? I might save that conversation for another day – I’ve got a plane to catch! :-)

It has actually taken me several years (and the help of many conversations just like this one) to be able verbalize my ever-evolving thoughts on these tricky labels. Most of this apprehension has come from the very-real fear of rejection or perception by family, friends, business partners, and clients due to the many common misconceptions attached to stereotypical labels that I never wanted to be associated with in the first place.

Labels, like any form of communication, always come with the baggage (assumptions, stereotypes, and generalizations) of the beholder that is out of our own control. So often misunderstood or misused, I simply choose to avoid labels whenever I can. On our best days, we can all work to redefine stereotypes through living by example – Christian, atheist, agnostic, anti-theist, or as I rarely describe myself, a hope-filled heretic. – Horus G. 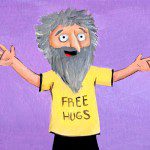 January 22, 2016
Hello, World! (Whispered From Inside The Closet)
Next Post 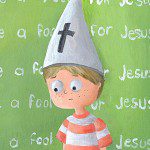 January 22, 2016 Proud To Be A Fool (For Jesus)?
Recent Comments
0 | Leave a Comment
Browse Our Archives
get the latest from
Nonreligious
Sign up for our newsletter
POPULAR AT PATHEOS Nonreligious
1