The Unseen Stalker (Who Is Watching You While You Read This)

The Unseen Stalker (Who Is Watching You While You Read This) January 28, 2016 Horus Gilgamesh

I still remember my first night of summer back at my parent’s house after my first year of college. Nobody would have accused me of being a weirdo, wimp, or nerd back then, yet – I had my own demons. Literally.

Lying awake in bed with my eyes glued open, fixated on an area of absolute darkness between the closet and my bedroom door, I became absolutely convinced that there was a dark force of some sort, a demon, lurking in the shadows, waiting to… what, exactly? I wasn’t sure, but as my horror grew, I became convinced that I was in grave danger, powerless and alone. I was overcome by my fear of the unseen, paralyzed by a terror of my own making.

In a last-ditch moment of panic, I did my best to muster a mumbled cry, “Jesus!” Nothing… The only thing I felt was the weight of my own fear taking over, almost as if I was being crushed deeper into the mattress. To this day, I have never felt so close to madness, as I waited helplessly for the darkness to consume me. Remembering my recent Christian training, I half-whispered, half screamed again, “Jesus! Save me!” Nothing… except fear in the darkness.

For years I was convinced this episode was proof of a supernatural dimension, my soul being sought after by dark forces in a spiritual realm. Because, well, my soul had such individual worth to both the darkness and the light, right? (#narcissism) But what if it was all much simpler than that?

It wasn’t until I was old enough to have teenagers of my own that hindsight became 20/20 and the truth became startlingly obvious… and painful. When I awakened to the sound of my own child screaming, “Jesus!” in the middle of the night, I began to realize just how wrong I had been as a Christian parent. As I tried to comfort my daughter, brushing away her tears and wiping the hair out of her eyes between sobs, I realized that I was to blame for her despair. In my haste to be the head of a “god fearing” family, I had unwittingly become the architect of my own child’s nightmares. A little charismatic church camp, a book about spiritual warfare, a movie about the rapture…

“What the hell is wrong with you?” I remember scolding myself.  My wife and I spent all of our time and energy debunking movie monsters, ghost stories, and urban legends – only to instill, even require our kids to experience the very terrors that paralyzed me in college. Terrors, even at the time, I had grown to personally question in many ways. I have had many failings as a parent, but I when I returned to bed that night, I was simply ashamed. No parent should have the right to traumatize their children with harmful ideas that would likely haunt them for decades.

Looking back at my own moment of terror, it might be surprising, given all of the “Exorcist” propaganda I grew up with as a Catholic, I never really heard any talk about things as charismatic as spiritual warfare and demons fighting to take over my soul. It wasn’t until the last week of my first year of college that I attended a fear-based evangelism event and began reading books like Piercing The Darkness by Frank Peretti. During the day, I became almost obsessed with the idea that demons and angels were the invisible puppeteers of all things good and evil. As such, it suddenly became embarrassingly obvious that as I was drifting off to sleep years earlier, my sleepy subconcius grabbed hold of my newfound obsession, paralyzing me by rejecting any remaining ability to think or behave rationally. The same was true for my poor daughter.

But, it’s not the demons, folks. What if I reminded you, that according to scripture and Christian culture, you are being watched right now, even as you read this post?

Some might suggest that my daughter and I were naturally prone to these fears because I somehow chose to focus on the dark side of spiritual warfare rather than Jesus, inviting the darkness into our lives. To that, I would simply say that while darkness might be mysterious, it is still simply that… darkness. Being afraid of the dark seems quite natural, really – a vestigial instinct from the days when reaching out from under your blanket to probe the darkness might have meant getting your hand bitten off by an unseen predator. But again, darkness only becomes truly terrifying when you give it a name and a face and willingly invite it into your life.

In the end, I might just remind readers that it was Jesus for whom I cried out. But, it was Jesus who never came. 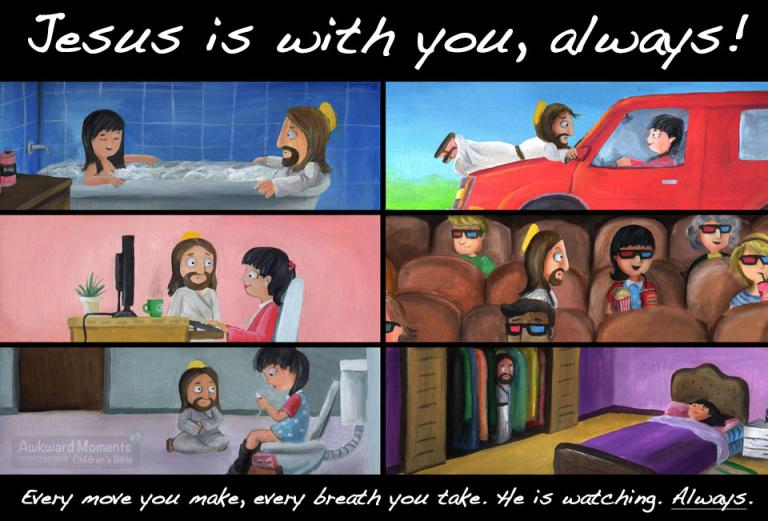 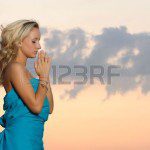 January 27, 2016
This Brave Young Woman Prayed For Healing Every Day! (And you’ll never believe what happened next…)
Next Post 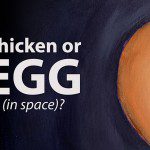 February 16, 2016 Something From Nothing (Creating Gods In Our Image)
Recent Comments
0 | Leave a Comment
Browse Our Archives
get the latest from
Nonreligious
Sign up for our newsletter
POPULAR AT PATHEOS Nonreligious
1