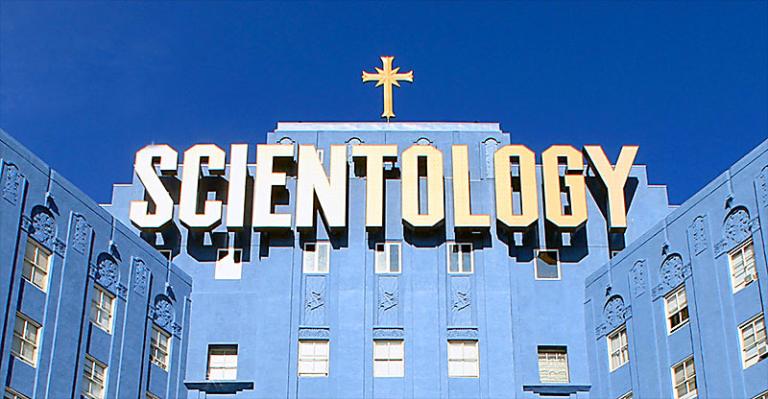 According to recent reports, Scientology is on the rise around the world. Christians need to understand some of the basic tenets of this bizarre cult-like “religion” before it’s too late! Very little is known publicly about Scientology and its founder, L. Ron Hubbard, so we thought it might be helpful to put together a list of shocking beliefs making their way into homes around the world. [citations]

#1. – L. Ron Hubbard claims to secretly monitor
every man, woman, and child on earth at all times. (c.)

#2. – L. Ron Hubbard once lived in another world
but traveled to earth to spread his new religion. (h.)

#3. – L. Ron Hubbard cured diseases with his saliva
and brought people back from the dead. (r.)

#4. – Scientologists justify human slavery and
an owner’s right to cruel treatment of slaves.  (i.)

#5. – To prove your devotion to L. Ron Hubbard,
you must be willing to hate your own family. (s.)

#6. – Scientology shows rapists how to be reunited with
their victims in a secret realm. (t.)

#7. – People who reject Scientology are threatened
with torture in a hidden dungeon. (i.)

#8. – Scientologists believe a race of giants was
produced by humans mating with demi-gods. (a.)

#9. – Scientologists must swallow the bodily fluids
of L. Ron Hubbard for their spiritual nourishment. (n.)

#11. – L. Ron Hubbard claimed to be his own father,
impregnating his own mother before he was born. (t.)

#12. – Scientologists will spontaneously vanish into
thin air and live with L. Ron Hubbard in another realm.  (y.)

Like it or not, many of your Christian friends and neighbors may have already fallen victim to some of these outrageous claims. Please share this post to protect your loved ones from becoming indoctrinated with the dangerous teachings of the false prophet, heretic, and cult leader known as L. Ron Hubbard!

FOOTNOTE: Do some of these claims seem familiar? Oops – did I say Scientology? I meant C.h.r.i.s.t.i.a.n.i.t.y. (Simply replace “L. Ron Hubbard” with “Jesus” and “Scientologist” with “Christians” above and examine the linked references that just scratch the surface of everyday beliefs of what is currently the world’s largest religion. To be clear, the best of my knowledge, none of these beliefs are held by Scientologists – just millions of Christians. As always, don’t blame me – it’s in the Bible.) 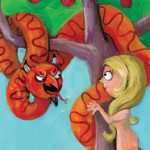 May 1, 2016
Sunday Morning Cartoon: Who Tricked Eve?
Next Post 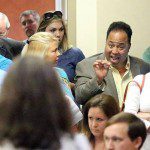 May 3, 2016 VIDEO: Hostile Crowd Sings "Jesus Loves Me" To Silence Lone Dissenter at School Board Meeting
Recent Comments
0 | Leave a Comment
"Do you celebrate Hanukka? How bout Passover? Did you have a Bar mitzfvah? I could ..."
Defins Should The Old Testament Matter To ..."
"Then why are OT passages read at Mass?"
Andrea Fitzgerald Should The Old Testament Matter To ..."
""Why don't we see more evangelism betting directed towards animals...?"Well, because evangelism is directed toward ..."
Eberhardt von Hessen “When Your Ass Talks Back…” – ..."
"Could be. The rebels have their Star Wars and the Hindus have Shiva. All the ..."
Martin Zeichner Hell-o-ween: When Jesus Comes Knocking
Browse Our Archives
get the latest from
Nonreligious
Sign up for our newsletter
POPULAR AT PATHEOS Nonreligious
1

The Flocks Still Don't Like Evangelism:...
Roll to Disbelieve
Related posts from Able To Choose