WHO TRICKED EVE IN THE GARDEN? Let’s not worry about the talking snake for a moment. The real challenge with this story from Genesis 3 is that most churches (and children’s Bibles) have changed the central character in order make it even more dramatic. It’s no longer just a talking snake, it’s the Devil In Disguise!

THE PROBLEM? The book of Genesis never actually mentions Satan in the Garden of Eden. Nope, not once! No, Satan, no Lucifer, no devil, no devil – just a talking snake! (Though, a few folks might try *really* hard to connect the dots using an obscure verse in the book of Revelation written centuries later.) In fact, the author goes as far as to confirm that it is referring specifically to a “wild animal” that God created.

WHY DOES IT MATTER? Well, there’s a word for changing the Word of God to meet your own needs – blasphemy! At the end of the day, yep – it’s actually just another talking snake like you’d find in The Jungle Book or Harry Potter. (Wait a second – has anybody, outside literature ever heard a snake speak? No? Weird…)

It also matters because there are still a number of denominations who take every word of Genesis quite literally, going as far as to justify gender inequality because it was the WOMAN (not the man) who was stupid enough to fall for the ol’ talking snake trick in the garden.

Yes,  Bible verses actually matter to those who preach and live by them.

SPOILER ALERT: Don’t think for a moment that this is the only story that has been tinkered with through the ages… 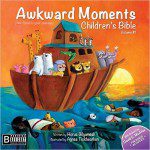 Pssttt… The above illustration appears in a different context to discuss different Bible passages as part of our first book of awkward Bible stories – illustrated for adults. (It also just happens to be on sale at the moment for $12 at Amazon.com). 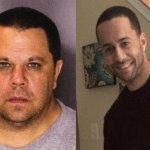 April 30, 2016
Man Shot To Death In Church Over Seats Reserved With Bibles
Next Post 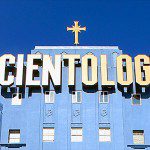 May 2, 2016 Twelve Shocking Beliefs Of Scientology [Cited]
Recent Comments
0 | Leave a Comment
Browse Our Archives
get the latest from
Nonreligious
Sign up for our newsletter
POPULAR AT PATHEOS Nonreligious
1 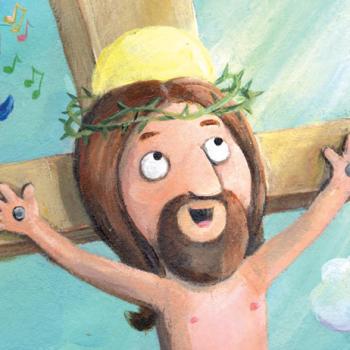