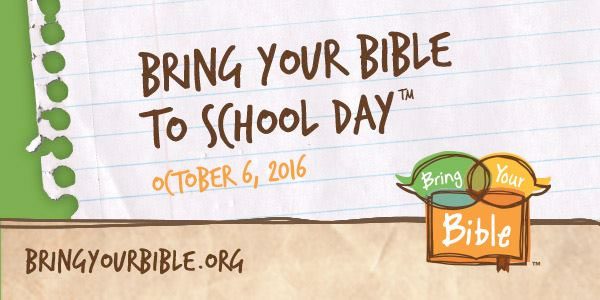 In case you haven’t heard, Focus On The Family has spent the last few months planning and promoting their nationwide “Bring Your Bible To School Day,” a day when Christian students are encouraged to “Take A Stand” for their belief in God; complete with flyers, posters, handouts, video clips from famous Christian bands, and yes, of course, a carefully crafted legal memo to remind school administrators of their First Amendment rights as Christian Americans. [See footnote regarding their footnote.]

As the big day looms closer, I’ve received a number of messages from fans who have suggested that I should encourage parents to send their kids to school with one our awkwardly illustrated Bibles as a form of protest of sorts. They think it might be funny and ruffle some feathers to make an important point about Biblical literacy, not to mention driving more publicity and sales for our own books. While all of this is very likely (the last time a similar protest took place, cops and lawyers got involved), all I can say is, “No. Please don’t!”

If it seems counter-intuitive for an author to discourage the promotion and sales of his or her own books, I’d point out that there is larger moral issue to consider. Like myself, many of my readers grew up in Christian households, being “programmed” to go along with whatever their parents, pastors, and churches had to say on any given issue. In a moment I’ll go into a few of my frustrations with ministry campaigns like “Bring Your Bible To School Day,” but my primary concern is with parents who, to give a little benefit of the doubt, likely unthinkingly, exploit their own children to support the current socio-cultural worldviews that are being formulated and promoted by their church, ministry, and political leaders. So, when I’m asked about the suggestions of secular parents fighting this form of subtle indoctrination (emotional abuse) by sending their own kids to school with illustrated versions of the same Bible, it might be well meaning and I’m flattered, but, well… two wrongs don’t make a right and I want no part of it.

Make no mistake, “Bring Your Bible To School” day has very little to do with sharing a few colorfully cherrypicked “conversation” tracts with others and everything to do with ongoing attempts to create a spectacle of controversy where one needn’t exist. From my experience with campaigns like this, they aren’t really about the “spiritual development” of the kids in question but about the financial development of the ministry involved. With recent studies showing modern youth’s rejection of mainstream Christianity, it should be no surprise that ministry organizations are sweeping in with programs that promise to “Get God Back In Schools” – it’s just good business; strike your donors pockets while the bad news is still fresh! But, beyond the cashflow, it’s really about the culture of fanning the flames of a growing persecution complex among Evangelicals. Reading through the three glossy PDF’s designed for Elementary, Teens, and Pastors/Parents, I was not surprised by how much language was devoted to the overarching theme that Christians are being persecuted in America, challenging students, “If you believe in God, take a stand!”

“Take a stand” against what, exactly? Students are already free and protected to have Bibles in their backpacks and read them during their free time. Students are already free and protected to pray privately or in groups of other kids when not in class. Students are already free and protected to join plenty of extracurricular Christian opportunities available to them, both on campus or at any church across the street. All of these freedoms are covered by the First Amendment and I’d gladly stand by any Christian student’s whose right to express their religion in a way that doesn’t disrupt class was threatened. But, to teach a child that they are “persecuted”… Well, that is to subtly imply that the child their beliefs make them somehow inherently superior to those doing the “persecuting,” this giving them the right to have a chip on their shoulder in order to prove just how persecuted they are. As such, it should come as no surprise that recent studies find that Christian children are meaner and more punitive of than secular kids, “I’m right, you’re wrong. My (mom says that my) Bible says that my God can kick your a***…” As such, much like the “Teach The Controversy” campaign employed by creationists, this campaign is really about creating a controversy where none exists, training students to feel persecuted by their peers and authority figures to test and strengthen their faith by having the courage to “take a stand” for their religion (which they likely don’t understand to begin with).

Though, again, it’s not about the kids, it’s about culture and the money raised by manipulating minds. After spending many years in ministry board rooms discussing programs very similar to this, I can guarantee you that there are many ministry leaders out there secretly praying that just one teacher will ask little Suzy to put her Bible away because it’s time for “school” – in that one magical minute before the opening bell officially rings. Why would they pray for this? Because this egregious overstep of authority by a secular teacher will provide just the anecdotal story of “persecution” needed to spin out of control in the media and energize their base in order to raise… millions of (more) dollars.

But, back to the kids… They can take their Bible to school any day of the week and pray before class, hand out tracts during lunch, and preach the Good News from atop the jungle gym. But, just like my Bionic Man doll in the 3rd grade, if it comes out during math lessons and distracts others, the Good Book might just end up in a teacher’s drawer (if they aren’t afraid to suffer the wrath of an Evangelical activist parent).  Students should be in school for academic endeavors, not to be used as pawns in socio-cultural stunts on behalf of their parents’ dying religions in an effort to fund a “Get God Back In The Classroom” fundraising campaign.

It is in that light that I hope free-thinking parents would recognize and avoid the manipulation and exploitation of children, instead allowing their kids to think (and act) for themselves. If that means their kid sneaks a copy of our book out of the library to make their own point about a few of the many troubling teachings of the Bible, so be it – good for them! But, when it comes to intentionally and actively using children as puppets in adult war games, well, be prepared to count me as an enemy rather than a friend. Let’s join together and let kids be… kids.

Side Note: I think my favorite part of the much leaned-upon “Legal Rights Memo” is the big block of fine print at the end absolving the providing organization from any responsibility. So much confidence, eh? 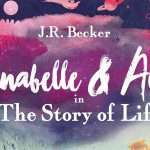 August 25, 2016
A Children's Book on Evolution? My Conversation With J.R. Becker
Next Post 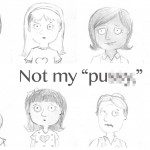