Dear Christians: Yes, The Refugee Ban Is Your Fault – Fix it!

A number of my Christian friends have been sharing an article today titled “Dear Fellow Christians: It’s Time To Speak Up For Refugees” by Ed Stetzer of Christianity Today.

Excuse me? Now is the time to speak up for refugees? Now? Where was this cry for justice during the election? Where was the concern from all of the Christians who prayed at president Trump’s inauguration? It’s not like these policies are any surprise! These were solid promises made repeatedly from every stump speech along the campaign trail. Where was the collective Christian concern and outrage over the dying refugee orphans prior to election day? Just to be clear – I’m be referring specifically to the moratorium on all refugees and the president’s priority given to Christian refugees.

According to Pew Research, President Trump received over 80% of the white born-again evangelical Christian vote – more votes than Romney, McCain, or Bush ever received from America’s “Moral Majority!” So, I must ask – how did this refugee ban come to be? Weren’t all of the major Christian leaders crying out for justice for these refugees during the campaign? Weren’t they all questioning the convenient faith of a known charlatan? Oh, that’s right – all of the biggest Christian leaders like Franklin Graham, Timothy Dolan and Jerry Falwell Jr. were busy kissing the ring of their future king, all while folks like Kirk Cameron and Dr. Ben Carson used emotional blackmail to push the MyFaithVotes.org campaign of Christian one-party protectionism. Where were the Christians concerned for the security and well-being of innocent men, women and children then?

Calls to ban Muslims from entering the U.S. are offensive and unconstitutional.

The simple fact of the matter is that the majority of Christians (who make up the “moral majority” of our country) knowingly voted for this refugee ban to become reality and the fault lies firmly at their feet. Period. Now, before one-issue voting Christians try to tell me that they only voted for Trump because of his pro-life stance, I’d just remind you that *every* Republican in the primaries ran on a pro-life platform, but only one candidate in the general election proposed a ban on refugees. From a numbers perspective, yes, 80% of Christian voters are largely to blame for this problem, so they had better figure out a way to own up to their responsibility and fix it!

Please Note: Yes, many Christians have been trying to help certain Christians overseas from “having their heads chopped off.” As such, I think it is important to point out that among the first refugees blocked was a Christian family from Syria, visas finally in hand – after patiently waiting 15 years to enter the United States! (I wonder if this might have been the story that suddenly shocked Christianity Today into convenient concern?)

Are you allowed to impeach a president for gross incompetence?

Don’t get me wrong – I know that the refugee community will wholeheartedly accept any help the Christian community may now be willing to offer. FINALLY! So, if you really want to do something to help the most vulnerable and at-risk populations of the world, pick up your phone,  call your congressional leaders and demand that they overturn Trump’s “extreme vetting” order – immediately! It’s easy… just pick up the phone and convey one simple message, “Midterms are coming!”

Maybe if the country didn’t lose its mind during the cold war and allow “In God We Trust” to replace “E Pluribus Unum” as our country’s motto by the reactionary Christian zealots of the day – we wouldn’t be in this mess? I know that I’m not alone in my anger toward Christian voters related Trump’s latest travesty, as several friends who work for Christian relief ministries like World Vision or Mercy Corp are furious with their fellow Christian voters for actively paving the way for all of this to happen. (Incidentally, their jobs are now ten times more difficult, thank you very much.)

Or, is this really all part of the plan? The self-fulfilling prophecy of the “Christian” right seems to be to show the world enough hatred to be hated in return. A doctrine of obvious idiocy that endangers all while giving a marvelous gift to those who recruit extremists against us: proof of America’s hatred of and war against Islam – one dead innocent child at a time. Well done, ISIS thanks you.

If you actually care – pick up the phone and pressure your elected representatives. Better late than never, I guess. And, maybe next time think for yourself before instead of voting like sheep, following your Christian leaders.

P.S. Yep, I’m finally getting around to putting up a little tip jar.
If you’re a fan of my various projects, be sure to check out everything else
I’ve got going on. (Spoiler Alert: I could use your help.) 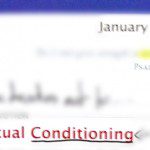 January 28, 2017
"Spiritual Conditioning" Whatever That Is (Jan. 28 - Living Without Jesus, Daily)
Next Post 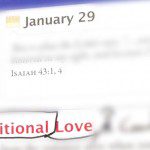 Russell Moore: Not Really a Hero
Roll to Disbelieve
Related posts from Able To Choose