The Original “War on Christmas” – Not What You’d Think!

The Original “War on Christmas” – Not What You’d Think! December 2, 2017 Horus Gilgamesh

There has really only ever been one “War on Christmas” in the United States and it wasn’t started by satanic secularists or evil atheists. No, in fact, long before the celebration of a virgin birth was celebrated by people sleeping in front of Best Buy, the only official war on Christmas took place way back in 1659 when the Puritans of the Massachusetts Bay Colony (aka original founding fathers) enacted laws to *criminalize* the celebration of any religious holidays (including Easter) as Satanic sacrilege and idolatry, punishable by law, as stated in law books of the day:

“For preventing disorders arising in several places within this jurisdiction, by reason of some still observing such festivals as were superstitiously kept in other countries, to the great dishonor of God and offence of others, it is therefore ordered by this Court and the authority thereof, that whosoever shall be found observing any such day as Christmas or the like, either by forbearing of labor, feasting, or any other way, upon such accountants as aforesaid, every person so offending shall pay of every such offence five shillings, as a fine to the county.” – Boston, 1659

It seems this country wasn’t started by people looking for religious freedom, but hoping to impose their religion on others in a new theocratic state. One void of Christmas, until…

Of course, this was all before the Revolutionary War and the writing of the U.S. Constitution where the Establishment Clause was written to specifically disallow one sect of pious Christians to write governmental laws that would criminalize another sect of pious Christians for somehow holding different beliefs (that are apparently unavoidable when following the *one true and infallible Word of God”).

As Puritanism was replaced by more progressive forms of Christianity, so to did the bans on Christmas. But, it wasn’t until 1802 that the US House of Representatives held a special session on the matter, and not until 1870 that Christmas was declared a national holiday – almost 200 years after the original founding fathers had outlawed the holiday altogether!

So, friends – the next time a pious religionist chastises you for not saying “Merry Christmas” with just the right amount of cheer, just let them know that you don’t want to get in trouble with the Puritans. Besides, I just can’t afford to pay the fine for celebrating a criminal’s holiday. 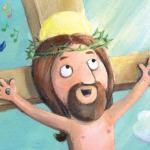 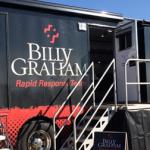 February 14, 2018 Chasing Ambulances - How Billy Graham's "Rapid Response Team" Exploits Tragedies For Jesus
Recent Comments
0 | Leave a Comment
Browse Our Archives
get the latest from
Nonreligious
Sign up for our newsletter
POPULAR AT PATHEOS Nonreligious
1

'Provocative' critic of Islam stabbed at...
The Freethinker
Related posts from Able To Choose