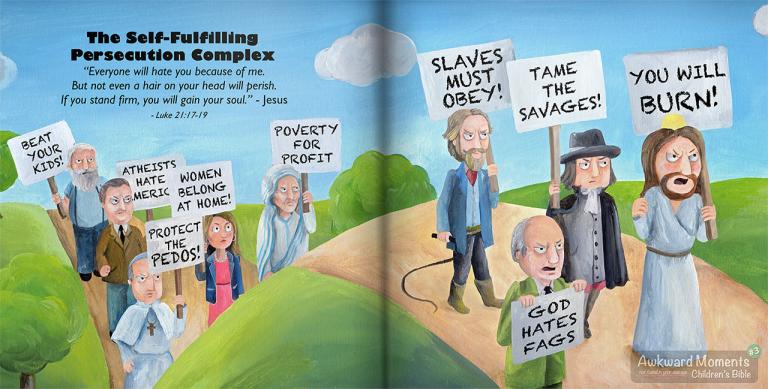 “Jesus, it’s like they’re begging to get punched in the face,” a colleague gasped as we watched a few members of Westboro Baptist Church converging on a private funeral, each holding a brightly colored sign stating simply, “God Hates Fags.”

“Yeah,” I replied sarcastically. “I can’t imagine why anybody would hate us.”  I’m not sure if it was because I said it out loud, but this was the first time it really dawned on me – US. Whether we liked it or not, no matter how much we tried to be the “good guys” for Jesus, the fact of the matter was, we were part of the same club, guilt by association. Sure, it’s always easy to dismiss and distance your own faith from the bizarre marketing tactics of loudmouths with bullhorns, but one thing is now very clear – Christianity is only as strong as its weakest, most despicable teachings and teachers, of which there is a ready supply. Before I go on, I think it is necessary to make an important distinction; while Christians often confess to detest atheists primarily because of their beliefs, it is more often the actions of their fellow Christians that atheists take vocal issue with.

Even today, as I write, there are several pieces of legislation being debated across the United States that claim to “protect religious freedoms” like child marriages, workplace discrimination, faith healing exemptions, and religious indoctrination in public schools. Just as God never complains or objects, He also never condones or applauds, leading one to conclude – Christians are not “hated” because of their love for Christ, but for the many abhorrent behaviors in which they partake in His name.

On the other hand, one must also recognize what appears to be part of a deliberate strategy – almost a craving to be hated, persecuted, or even martyred as an opportunity to show just how deeply their faith runs (in the face of opposition). Just this morning I came across two articles by The Christian Post, published one after another:

“Atheism Needs To Be Uprooted And Destroyed   As An Enemy To Human Society.”   [Uhh… because a scientist asked a rhetorical question regarding meat being “grown” in labs?]

I’ll just close by admitting that I went through a brief-but-dark period after leaving the church during which I no longer felt that God deserved my love and I began to recognize that many of the Bible’s teachings (that I once perpetuated) deserved only condemnation. However, it wasn’t long before this hatred turned into pity as I was able to take a step back and view Jesus as a man, through the eyes of the religious leaders of the day – a troubled young apocalyptic preacher who, according to His own family, had “gone insane.” Soon, this pity turned back into love for Christ, but a new sort of love. A purer love than Christianity could ever compel of its own followers – a love that comes without risk of threat or promise of reward. The same kind of love I’ve come to have for the many Christians who know not what they do as they act out against their neighbor – not of their own volition, but the result of generations of cultural evolution – normalized through accepted indoctrination.

“They will hate you because of me,” Jesus said – another one of Christ’s prophecies that I now reject – offering instead nothing but understanding, pity, and love for those who bring division in His name. Be careful of the company you keep, friends – you might one day be found guilty.

P.S. Some folks have written to berate me for doing a poor job of announcing the release of our third book. Fine, fine – here it is: https://amzn.to/2HqqLJk 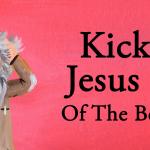