How Can We Reverse the Cancer Epidemic? Integrative and Alternative Answers! 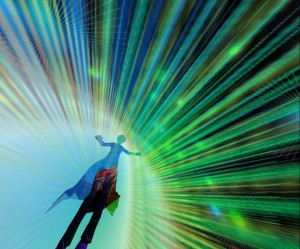 There is almost always a point in the process of illness where logic, reason, and medical expertise fails. It’s at this point a patient slips through the cracks, sometimes never recovering. We spend so much time seeking answers to questions that rule our life. Why are there so many keys to missing locks of hidden doors that contain THE perfect answer, especially to illness?
There IS an easy way to find the answer, key, lock and door. August 29th may be a key that holds the answer to cancer. It is the official Launch Day for the WORLDWIDE Cure for Cancer FREE Telesummit.

Above the entrance to the ancient Oracle at Delphi the phrase, “Know Thyself” was inscribed in stone—another key to life.
That key is one answer. But, do you know the question to other health challenges? What good is a key without a lock? What good is the answer, if you do not know the question? You need both, especially during cancer crisis.
I am thrilled to invite you to join me in the most comprehensive and integrative international online summit on cancer with multiple keys to doors of possible cures.
Remember, there is more than one way to skin a cancer.

To learn more, go to: http://thecuretocancersummit.com/dap/a/?a=29

Dr. Gabriel Cousens: M.D. is the founder and director of the Tree of Life Foundation. He is a holistic medical doctor, a psychiatrist and family therapist, and a licensed homeopathic physician. Dr. Cousens received his M.D. degree from Columbia Medical School in 1969 and completed his psychiatry residency in 1973. He is also in the National Football Hall of Fame as the Captain-Linebacker of his undefeated college team. He was the Chief Mental Health Consultant for the Sonoma County Operation Head Start and a consultant for the California State Department of Mental Health.

Markus Rothkranz; At age 9 Markus gave a speech on exponential evolution. At 13 he built a 180 sq ft scale model of the entire Walt Disney World Magic Kingdom. By 15 he was making movies with car stunts & explosions. At 16 he won an automotive design contest. By 17 he was in advanced electronics and hypothetical physics. By 18 he copied a famous masters oil painting stroke for stroke in only a few days. By 19 he was working with architectural firms. By 23 he was doing Hollywood FX design work on films like Total Recall, Die Hard, Red Planet. In 1994 he wrote and directed his own 2 million dollar worldwide motion picture, doing much of his own cinematography and personally built over 200 miniature models. By 46 he proved anti-aging and disease eradication and is now set for his greatest undertaking ever- the World Health Project -healing the world and awakening the planet to a new way of living in body, mind and spirit. Fueled by undying love, spiritual magic and the passion of a true Leo, Markus is about to give the world a show it will never forget.

Dr. Janet Hranicky, Ph.D.; Is the Founder and President of The American Health Institute, Inc. She has been a leading pioneer in the field of PsychoNeuroImmunology and Cancer. As an associate of the late renowned Radiation Oncologist, O. Carl Simonton, M.D. from 1979—2009, she was involved in the longest running Mind/Body Treatment Program for Cancer in the world at the Simonton Cancer Center. She has applied her clinical experience and research from working with thousands of people with cancer and training healthcare professionals internationally over the last 30 years to an integrative model of cancer treatment that incorporates her background in Behavioral Medicine with a number of Integrative and Alternative Therapies based on core principals in Functional Medicine, BioEnergetic Regeneration Medicine, Integrative BioPhysics, and Nutritional Science.

Burton Goldberg; What put Burton Goldberg on the fast track to national prominence was the 1994 publication of his now best-selling Alternative Medicine: The Definitive Guide, produced by his own publishing company. With over 750,000 copies in print, this 1,250 page reference work on how to treat 200 health conditions with alternative medicine has been hailed as “the bible of alternative medicine.” A second, completely revised edition was published by Ten Speed Press of Berkeley, CA in 2002. Burton is on a mission to reform conventional medicine and to help people reclaim their health. He’s a dynamo, traveling, speaking, and teaching all over the country three weeks out of every month. You may have seen him on TV in the U.S. or Canada.

Ty Bollinger; is a health freedom advocate, cancer researcher, former competitive bodybuilder and author. After losing several family members to cancer, he refused to accept the notion that chemotherapy, radiation, and surgery were the most effective treatments available for cancer patients. He began a quest to learn all he possibly could about alternative cancer treatments and the medical industry. What he uncovered was shocking. There is ample evidence to support the allegation that the “war on cancer” is largely a fraud and that multinational pharmaceutical companies are “running the show.”

Dr. Leigh Erin Connealy, M.D.; Leigh Erin Connealy, MD attended the University of Texas School of Public Health, and then attended the University of Health Sciences Chicago Medical School. She completed her post-graduate training at the Harbor/UCLA Medical Center in Los Angeles, California.
Dr. Connealy soon realized that conventional medicine had very limited returns and did not always improve the health of her patients. Her patients were hungry for alternative approaches for improving their health. This led her to study integrative and complementary therapies, and since then she has revolutionized the landscape of medicine. Dr. Connealy feels that we must treat the patient with the disease and not the disease of the patient. She has discovered that many factors contribute to the disease process; therefore, many modalities must be used to reverse it.

Burton Goldberg; What put Burton Goldberg on the fast track to national prominence was the 1994 publication of his now best-selling Alternative Medicine: The Definitive Guide, produced by his own publishing company. With over 750,000 copies in print, this 1,250 page reference work on how to treat 200 health conditions with alternative medicine has been hailed as “the bible of alternative medicine.” A second, completely revised edition was published by Ten Speed Press of Berkeley, CA in 2002. Burton is on a mission to reform conventional medicine and to help people reclaim their health. He’s a dynamo, traveling, speaking, and teaching all over the country three weeks out of every month. You may have seen him on TV in the U.S. or Canada.

And many others!
Join us on the Cure to Cancer Summit as expert speakers share…

• A variety of alternative cancer therapies you’ve probably never heard about
• An array of integrative approaches that combine conventional and complementary treatments
• Natural healing approaches to reverse disease or avoid it in the first place
• Shocking cancer facts and statistics
• How to balance your PH levels- a key to reversing chronic illness
• A variety of nutritional approaches to healing
• How dental toxicity can contribute to degenerative disease
• The power of a mind/body approach to healing from cancer
• How emotions play a major role in the onset of cancer
• How to shift your consciousness to facilitate healing
• The role of spiritual healing in reversing cancer
• Cancer survivor secrets to activating your inner guide
• How regeneration can keep you healthy beyond the age of 100
• And so much more!

Join Kathleen O’Keefe-Kanavos and 22 other EXPERTS on the first ever WORLDWIDE FREE Cure to Cancer Summit here:
http://thecuretocancersummit.com/dap/a/?a=29

The Summit is hosted by Jean Swann; Jean is a Leader in the Holistic Health Field, with a background in Print and Broadcast Journalism. Inspired to share new paradigms with a worldwide audience, Jean combined her greatest passions into creation of The Wisdom Show.

The Summit is produced by Nathan Crane, Founder of The Panacea Community, Director of Panacea Life School and author of a best-selling anthology, 27 Flavors of Fulfillment; How to Live Life to the Fullest!
Healing is a job. Thriving is a career move. If you are reading this article, welcome to the first day of the rest of your career. Here is a key to your success. It is up to you to figure out how to unlock the door to your future. But, here is a hint: Know your options.
Find the key to your healthy future at the first ever Cure to Cancer Summit.
http://thecuretocancersummit.com/dap/a/?a=29

September 1, 2013 Illuminating a Part of Our Life Often Forgotten: Our Dreams (Part 1)
Recent Comments
0 | Leave a Comment
Browse Our Archives
get the latest from
Above and Beyond the 5 Senses
Sign up for our newsletter
POPULAR AT PATHEOS New Visions
1 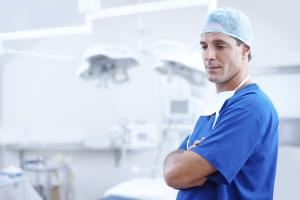 New Visions
Beyond Cancerland: Dreams and Female Intuition
Above and Beyond the 5 Senses 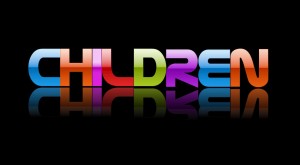 New Visions
Beyond Boomers and Millennials: Do You Remember When?...
Above and Beyond the 5 Senses 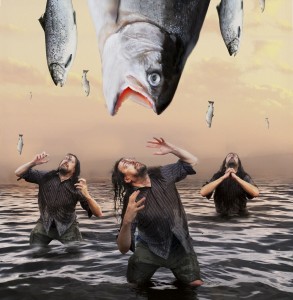 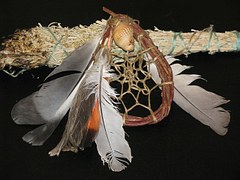 New Visions
Dreams: 5 Simple Steps to See if Yours...
Above and Beyond the 5 Senses
TRENDING AT PATHEOS New Visions