I’ve seen several atheists argue that Reza Aslan lied about his credentials and is a fraud. I understand that some atheists really do not like Aslan, but that is no excuse to quickly spread misinformation about him. Let’s look at the facts.

Now a few atheists (and even Glenn Beck) have pointed out that his PhD is in sociology and not in religion. Therefore, he must be lying and is a fraud! Well, it’s a little more complicated than that. Academia is weird and sometimes the name on your degree does not match up with your expertise. What really matters is what area your research is in (i.e. your dissertation).

For example, when I was working on my PhD in psychology, my focus was actually in quantitative neuroscience. If I would have finished that PhD, my degree would say psychology, but my dissertation (and my expertise) would be quantitative neuroscience. So it would be wrong if people assumed I was a psychotherapist because my degree technically said psychology (which happened quite often when I told people what my degree was in). Likewise, it’s wrong to say Aslan didn’t study religion just because his degree says sociology. But don’t just take my word for it, here is a quote from his PhD advisor Mark Juergensmayer:

Since I was Reza’s thesis adviser at the Univ. of California-Santa Barbara, I can testify that he is a religious studies scholar. (I am a sociologist of religion with a position in sociology and an affiliation with religious studies). Though Reza’s PhD is in sociology most of his graduate course work at UCSB was in the history of religion in the dept of religious studies. Though none of his 4 degrees are in history as such, he is a “historian of religion” in the way that that term is used at the Univ of Chicago to cover the field of comparative religion; and his theology degree at Harvard covered Bible and Church history, and required him to master New Testament Greek. So in short, he is who he says he is.

It’s fine if you disagree with Aslan about religion, but to simply make things up about him because you don’t like him is wrong. Yes, Aslan focuses more on writing books for the general public rather than academic articles, but he certainly isn’t a “fraud” and does have academic training in the history of religions. And yes he does teach creative writing now, but he previously has taught courses on religion. It’s quite hypocritical for atheists to call out ignorance from religious people and then turn around and spout off their own misinformation. This is just another example of why atheism does not always equal skepticism. 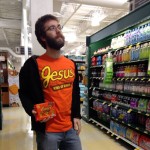 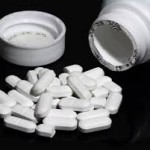 August 15, 2015 A scientist downs an entire bottle of homeopathic sleeping pills and you won't believe what happens next!
Recent Comments
43 Comments | Leave a Comment
"Take care, mate!"
Jonathan MS Pearce My Final Blog Post: Reflections on ..."
"Happy trails, Matthew. It has been a pleasure reading you here."
Pam My Final Blog Post: Reflections on ..."
"meet the new boss... https://uploads.disquscdn.c..."
al kimeea Why This Progressive Is Excited to ..."
"Another upset Islamophobe. I imagine successful Muslims scare you."
JS Stop calling Reza Aslan a fraud ..."
Browse Our Archives
get the latest from
Nonreligious
Sign up for our newsletter
POPULAR AT PATHEOS Nonreligious
1

Why Jesus-ing Harder Won't Bring Churchless...
Roll to Disbelieve
Related posts from According To Matthew