I previously wrote an article for Faith Street where I discussed five things I wish more atheists knew about religion. The listicle format didn’t provide adequate space to expand my arguments, but now that I have my own blog, I have no limits! For this post I will expand on one of the points of my Faith Street article that religion alone does not cause violence and isn’t as strong of a factor in terrorism as some people (often atheists) believe.

For anyone who has studied the social sciences, it would seem obvious that violent behavior is caused my many factors. However, I have heard some atheists state that religion (especially Islam) causes violence by itself! More commonly among atheists is a bias that religion is some special thing that is the overwhelming deciding factor in violence and terrorism. This view is endorsed by well-known atheists such as Sam Harris and Bill Maher (though recently Harris’s views seem to be evolving). Their argument becomes factually wrong when the relationship between religion and violence is posited in a unidirectional fashion. The relationship between belief and behavior is extremely complicated and multidimensional.

The argument that religion causes violence is often justified by referencing terrorist acts in the name of Islam.  To analyze such an argument, it is important to understand both radicalization and social identity theory. McCauley and Moskalenko (2008, p.416) define radicalization as “change in beliefs, feelings, and behaviors in directions that increasingly justify intergroup violence and demand sacrifice in defense of the ingroup.” Social identity theory analyzes how group membership can shape personal identity. Importantly, radicalization can occur when one’s identity becomes conflated with any group’s identity. Furthermore, ideology can come from a variety of sources and is often difficult to separate from its political context. Thus, when the (religious) group is threatened, violence becomes a justified option for an individual because it affirms their sense of self.

This phenomenon (which may lead to terrorism) can occur outside of religious beliefs. Scott Atran, a leading researcher on terrorism, summarizes his findings on his website “although ideology is important, the best predictor (in the sense of a regression analysis) of willingness to commit an act of jihadi violence is if one belongs to an action-oriented social network.” Identifying strongly with a group, belonging to an action oriented social network, and dealing with strong feelings of uncertainty seem to all be the largest predictors of terrorism.

Importantly, religious ideology is not some special main ingredient as we have seen people kill in the name of non-religious belief systems (communism) or to defend their country (nationalism). If we only look at religious belief, we are not able to see the whole picture of what is driving violent behavior. Taking into account social, psychological, and political factors allows us to greater understand any ideology, including religion.

While religious ideology coupled with other factors may lead to violence, it would be incorrect to suggest religious belief is some special entity that creates violent behavior by itself or is even the main factor. I hope this post forces some atheists to be more careful in their language when they discuss religious violence. Yes, religion can be a factor in causing violence, but it’s usually just one of many variables that can cause someone to do some pretty awful things. 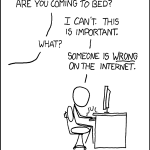 August 27, 2015
Is it possible to have civil disagreement on the internet?
Next Post 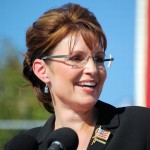 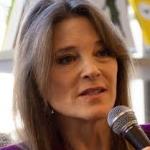 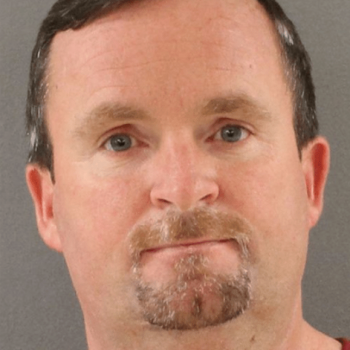