Why I’m Not Laughing at Josh Duggar

So Josh Duggar, the vocal supporter and activist of traditional “family values”, has already admitted to child molestation and now has been caught using AshleyMadison.com to cheat on his wife (and also the heinous offense of watching pornography).

Hypocrisy from social conservatives isn’t new and many atheists and progressives are jumping for joy at Duggar’s incredible hypocrisy. However, as a progressive atheist myself, I find the whole ordeal quite depressing. First off, his molesting of children is just terrible and the hypocrisy  doesn’t make me feel any better about it. His cheating on his wife isn’t as bad as molesting children, but it’s still really sad. I feel bad for his wife who is essentially a submissive baby machine and totally dependent on Josh.

Beyond the harm Duggar has done himself, I’m also depressed about the culture he represents. When organized religion tries to restrict one of people’s basic needs (a healthy sex life), it’s understandable that such repression leads to unhealthy behavior. Yet, many conservative Christians look up to these kinds of people who promote very unhealthy “family values” and even try to force their homophobic and misogynistic beliefs onto others. What is even more depressing is when such awful people get called out, they can simply ask God for forgiveness and many people will be fine with what they have done (the most liked comment on Duggar’s Facebook post is celebrating his “humility” and “redemption”). Josh’s apology for cheating on his wife is very similar to the one he provided for molesting children and I’m sure many Christians will defend him again.
So I would ask my fellow atheists and progressive minded folks (including progressive theists) to not simply celebrate the downfall of someone this deplorable, but use this an opportunity to challenge a culture that is promoting some unhealthy ideas about sexuality, relationships, and (dare I say) family values. 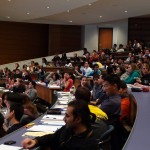 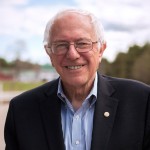 August 25, 2015 Why Bernie Sanders Is Not Enough
Recent Comments
27 Comments | Leave a Comment
Browse Our Archives
get the latest from
According To Matthew
Sign up for our newsletter
POPULAR AT PATHEOS Nonreligious
1