Twitter makes it easy to miscommunicate our ideas October 26, 2015 Matthew

UPDATE: I admit this post was written hastily and based on more emotion than reason. After talking to Stephanie Guttormson who works with Richard Dawkins, I realized that 1) courtesy has a much different meaning in British English than American English (it doesn’t imply a favor, it means respect) and 2) Richard Dawkins is a proud trans ally. Twitter makes it easy to miscommunicate our ideas, but as you can see in Dawkins follow up tweets, he was not intending to say trans women were not women at all.

It seems like every week Richard Dawkins says something ignorant on Twitter, but I usually just ignore it. However, a few people I follow retweeted this comment by Dawkins and I thought it was important to respond.

Trans women are women. Full stop. It doesn’t matter who they date, how they look, or what surgeries they had. I don’t think Dawkins was trying to be a transmisogynist  here, but his tweet was rather ignorant. When you comment on how you call trans women women “out of courtesy” that implies that you don’t seriously categorize them as women, but you are just being nice. Again, trans women are women. Some may say his Tweet is a minor issue, but when trans women are being killed at horrific rates, we need to be extra careful to avoid further marginalization. 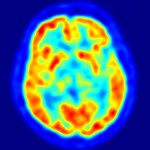 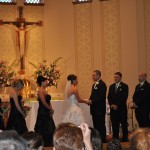 October 26, 2015 Christian website encourages husbands to rape their wives
Recent Comments
0 | Leave a Comment
"Take care, mate!"
Jonathan MS Pearce My Final Blog Post: Reflections on ..."
"Happy trails, Matthew. It has been a pleasure reading you here."
Pam My Final Blog Post: Reflections on ..."
"meet the new boss... https://uploads.disquscdn.c..."
al kimeea Why This Progressive Is Excited to ..."
"Another upset Islamophobe. I imagine successful Muslims scare you."
JS Stop calling Reza Aslan a fraud ..."
Browse Our Archives
get the latest from
Nonreligious
Sign up for our newsletter
POPULAR AT PATHEOS Nonreligious
1