There is so much concern about Muslim terrorists in America that it eventually leads to anti-Muslim bigotry. However, we focus so much on Islam that we forget that Christian terrorists are a major issue as well. 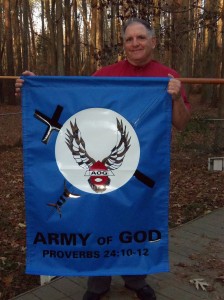 Perhaps the most explicit examples of Christian terrorism in America are illustrated through anti-abortion violence. Abortion doctors have been murdered and abortion clinics have been bombed. Anti-abortion violence is still happening as just last week a Planned Parenthood was set on fire and a woman had to go into hiding for tweeting about her abortion. There is a direct link between Christian fueled ideology and these violent acts, but I haven’t seen anyone call these actions terrorism. Are these attacks not driven by ideology to promote fear? Isn’t that the very definition of terrorism?

Even if these horrific acts were not from Christians, there are still several explicitly Christian terrorist groups in the United States that the media conveniently ignores. Take, for example, the Christian terrorist group “Army of God.” Army of God promotes violence against gays, abortion doctors, and even admitted to bombing a lesbian bar. Why is no one talking about these Christian hate groups, let alone acknowledge that Christianity facilitates some very dangerous behaviors? Christian privilege is so strong in America that you can literally be a terrorist and people won’t call you one.

Meanwhile, brown people are still being profiled and assaulted in our country for “looking like terrorists.” However, if we look at our epidemic of mass shootings in the United States, we see that the mass shooters are largely white men. Yet, we never attribute the problem to whiteness or maleness and especially ignore any link between Christian ideology driving violent behavior. Why is this? It’s almost like the dominant class  (white male Christians) is setting the narrative for how we see social issues in our culture and we use marginalized groups as scapegoats. White supremacy, toxic masculinity, and religious extremists are killing our country. Robert Lewis Dear is just the latest example of Christian terrorism. This needs to change before more innocent life is lost. 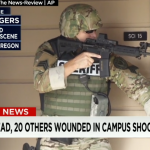 October 2, 2015
Even if the Oregon shooter did target Christians it would be silly to blame atheism
Next Post 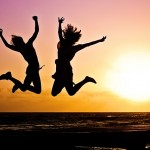 October 6, 2015 Five reasons why I'm happier after leaving my religion
Recent Comments
0 | Leave a Comment
Browse Our Archives
Follow Us!