How my atheism inspires my activism

How my atheism inspires my activism October 30, 2015 Matthew

Atheists are often called evil, immoral, and untrustworthy, yet I would argue that my atheism actually inspired much of my activism work. As a Christian, I was definitely bothered by the many problems in our world, but I believed God was still looking out for people or was “working in mysterious ways.” However, it always irked me that God would still allow so many bad things to happen under his watch even if he had some divine plan. It actually wasn’t until I stopped believing in God that I became more involved with social justice.

With so many problems in the world it can be difficult to focus on any of them. I tend to take on too many activism projects, but I focus on gender equality and sexual violence prevention. It’s no coincidence that I focus on these areas with my state of South Carolina being one of the worst states for violence against women. I haven’t been a victim of sexual violence, but I can imagine the horrific experience it might be and I aim to change the culture that allows sexual violence to remain an epidemic. If God isn’t going to stop these terrible events from happening, then it’s up to us to do so. 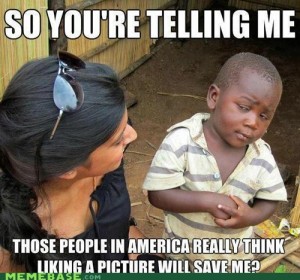 When I was a Christian, I might have prayed for any survivors of sexual violence I encountered and taken solace that the rapists would burn in hell.  Such thoughts may have stopped me from actually trying to make a difference because I believed this higher power had a divine plan.

Obviously there are many good Christians, but I think their charitable actions are produced in spite of their religion and certainly not because of it. Also, churches are amazing at helping many people, but this isn’t because of their religiosity, it’s because they have a tightly knit social group. Having shared beliefs and values makes it easier to round people up and foster a community, but those beliefs are certainly not causing people to do good deeds.

Praying can give people comfort during tough times, but if you are praying for someone instead of actually helping them, then your religion is preventing you from helping others. I’m sure we have all seen the “1 like = 1 prayer” posts on Facebook where something terrible happens and by “liking” the post, you send a prayer off to God. I hope believers who actually care about social justice are as annoyed with these posts as I am because they effectively allow people to stop caring about the situation.

Sometimes bad things happen without any explanation. Yes, it is hard to acknowledge how the world can be an uncaring and uncertain place, but if we care about reducing suffering, we need to get over it. Without a higher power protecting us, the burden falls onto us for making our world a better place. Being good for goodness sake is something many believers can learn from us “immoral” atheists. 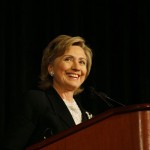 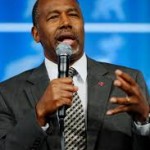 October 31, 2015 Ben Carson's previous support for gay rights may cost him the Republican nomination
Recent Comments
0 | Leave a Comment
Browse Our Archives
get the latest from
According To Matthew
Sign up for our newsletter
POPULAR AT PATHEOS Nonreligious
1

Build Strong Stakeholder Relationships Through These Three Social...
Strong relationships with your organization’s stakeholders will go a long way...
view all Nonreligious blogs
What Are Your Thoughts?leave a comment
Copyright 2008-2020, Patheos. All rights reserved.