No, atheist kids are not more altruistic than religious kids

No, atheist kids are not more altruistic than religious kids November 10, 2015 Matthew

A recent study came out suggesting that atheist children are more altruistic than the children of believers. I’m an atheist so you might think I’d be happy to count this as a win for Team Atheism and forget about it. However, I’m also a social scientist so I was very interested in the methods of this study. After actually reading the journal article, I found three major flaws in this study.

1) They didn’t control for enough variables

Control variables are meant to make sure that there isn’t some hidden variable that’s actually driving the desired effect. The authors did control for socio-economic status, region, and maternal education. But that’s it. The MAJOR variable they overlooked was some kind inequality measure. It’s a common finding in the developmental psychology literature that parenting styles can be affected by several aspects of inequality (yes they measured SES, but that simply isn’t enough as some sort of needs to income measure would have been great). Furthermore, this study didn’t even measure race or ethnicity, which could impact parenting styles as well. The authors never even measured the kid’s religiosity, only their parents! Finally, they did not account for how many siblings the children had in this study which could definitely impact results as well.

2) The “dictator game” is not a great measure of altruism

So what exactly was this magical measure that could assess a complicated phenomena like altruism in 5-year-olds? Well the authors measured it by the Dictator Game. Here is the description of the task from their paper:

Children were shown a set of 30 stickers and told to choose their 10 favorite. They were then told “these stickers are yours to keep.” Children were instructed that the experimenter did not have the time to play this game with all of the children in the school, so not everyone would be able to receive stickers. Children were finally shown a set of envelopes and informed that they could give some of their stickers to another child who would not be able to play this game by putting them in one envelope and they could put the stickers they wanted to keep in the other envelope. Experimenters turned around during the child’s choice and children were instructed to inform the experimenter when they were finished. Altruism was calculated as the number of stickers shared out of 10.

“Altruism was calculated as the number of stickers shared out of 10” Yes, that really seems to capture such a convoluted concept like altruism! Beyond the obvious problems with reading too much into this single measure, the Dictator Game may simply reflect the obedience of participants.

3) The effect size was quite small

Effect sizes measure the how large a treatment effect is if it exists. So if atheist parenting is really causing children to be more altruistic, we should see a large effect size. Well, they had an effect size (r squared) of .19, which is usually considered to be pretty small (as it only explains 19% of the variance for all variables in the regression model. Religiosity only accounts for about 4%). For an exploratory study this effect size isn’t terrible, but given the limitations I mentioned above, I would not feel comfortable saying that the effect found here is particularly meaningful. There are even more problems with the statistics they used, which have already been neatly explained in this post.

To summarize, this study was interesting, but a few fatal flaws severely limit the conclusions we can draw from it. These flaws are pretty obvious to anyone who has studied behavioral sciences (and may be why this paper was published in a biology journal and not psychology/sociology). However, I think this study does at least provide some evidence that atheist kids are not immoral monsters. With so many believers telling atheists how evil they are, that in itself is a small win.

UPDATE: The featured comment below is pretty long, but it provides an excellent analysis that goes beyond my quick points. If anyone is interested in a more detailed breakdown of the problems of this paper, I would check it out! I also found it particularly distressing how the lead author of this paper has been presenting the results to the media. 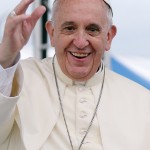 November 9, 2015
Progressive, Indeed: An Analysis of the Papacy of Jorge Bergoglio
Next Post 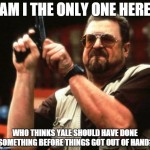 November 10, 2015 Granting Platforms to the Marginalized: Making sense of Yale
Recent Comments
0 | Leave a Comment
"Take care, mate!"
Jonathan MS Pearce My Final Blog Post: Reflections on ..."
"Happy trails, Matthew. It has been a pleasure reading you here."
Pam My Final Blog Post: Reflections on ..."
"meet the new boss... https://uploads.disquscdn.c..."
al kimeea Why This Progressive Is Excited to ..."
"Another upset Islamophobe. I imagine successful Muslims scare you."
JS Stop calling Reza Aslan a fraud ..."
Browse Our Archives
get the latest from
Nonreligious
Sign up for our newsletter
POPULAR AT PATHEOS Nonreligious
1