The last Republican debate involved a great deal of political posturing and very little discussion of the actual issues. Every candidate seemed to want to show how “tough” they were and how strongly they would bomb parts of the Middle East. This was especially highlighted in the Trump vs. Bush exchange shown below.

I admit this was entertaining and I had a laugh while watching these guys go back and forth, but then I remember that they are running for President of the United States. America has many problems and we should focus a little more of those issues instead of the insults. From the last GOP debate, the insults between Bush and Trump were the major stories and the debate recap included tallies of how many insults were thrown between the candidates. That’s embarrassing.

It’s easy to just blame the candidates or the media, but honestly, it’s also our fault as well. We are the ones eating up the back and forth between the candidates. We are increasing the ratings and the success of the drama creates a need for more drama. And it’s understandable! People like being entertained, that’s no secret. The entertainment industry always remains successful even in times of crises and financial hardships. Importantly, there are other forms of entertainment we can use other than politics. Politics doesn’t have to be fun or entertaining as it should be a rational and civil discussion of the issues.

Again, I enjoy the back and forth as anyone else, but it distracts from the real issues. That’s the problem. Instead of delving into our corrupt congress,  domestic & international terrorism, wealth inequality, and various social inequalities, we are focused on how Jeb Bush called Donald Trump a “jerk.” Instead of giving Jeb attention for such antics, we should keep asking him how exactly he wants to prove refugees are Christian before he lets them in.

I wish there was a quick and easy solution to this, but I don’t have one and I don’t think one exists. The political system in America has serious problems and many Americans are simply disheartened with the whole system. Even if Americans would spend more time caring about the the issues and less about the drama, they still are aware how corrupt the system is. But that is why we should try to create reform! As Bernie Sanders says, we need a political revolution. We need millions of people to come together and find solutions to our problems. I hope we can find some common ground and work together before it is too late. 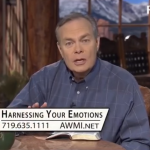 December 17, 2015
Faith healer claims women have miscarriages because they are too emotional
Next Post 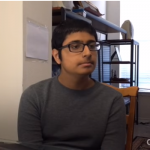 December 19, 2015 Sikh boy sent to jail because battery pack was mistaken for a bomb
Recent Comments
0 | Leave a Comment
Browse Our Archives
get the latest from
Nonreligious
Sign up for our newsletter
POPULAR AT PATHEOS Nonreligious
1