Why we should criticize #PrayforSanBernardino

In the wake of yet another mass shooting, the inevitable #PrayforSanBernardino emerged on Twitter. Many people (atheists and even some theists) acknowledged how prayer is not going to stop future mass shootings. We need to take action and change the culture that permits so many atrocities to occur. This idea even appeared as the headline for the New York Daily News: 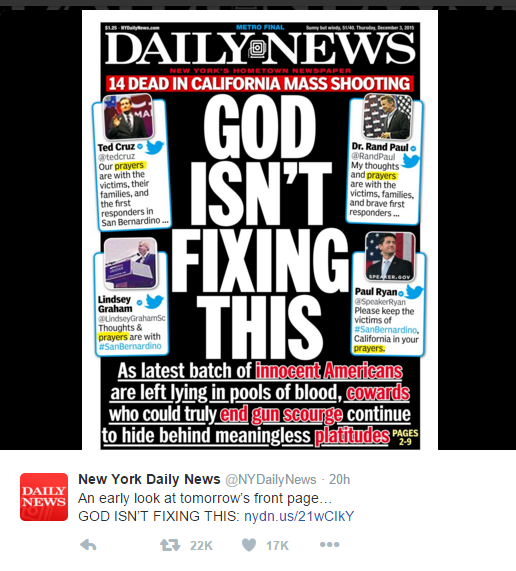 Some conservatives were upset by people “prayer shaming,” but I don’t see anything wrong with calling out empty platitudes when we need to get to work and actually fix the problem. I have absolutely no problem with people using prayer to cope during terrible situations. These shootings are horrific and as someone who used to be religious I know that praying can alleviate anxiety. However, there are two potential problems with #PrayforSanBernardino and other prayer movements.

In our religion heavy society, praying for someone is a common compliment. It’s another way of saying “I care about you” and that’s totally fine. However, because it is seen as a nice thing, people can get away with praying for someone and not do anything else. Not only will other people accept their prayer as a nice gesture, the person who is praying might think that it’s up to God now. This process may be convenient, but it’s ignoring reality. Bad things happen in this world and we need to take action and fix our many problems.

2) Praying can be used to cover up harmful inaction

Not only can prayer replace taking action, it can be used to cover up willfully ignoring a problem. This is much more insidious and politicians promptly use it to their advantage. Journalist Igor Volsky brilliantly exposed how many of the Republican politicians who were quick to #PrayforSanBernardino also received a great deal of money from the NRA. These politicians passed the weak laws on gun control that enable many of these mass killingsand they can simply pray after the disasters and avoid criticism. That is complete bullshit and theists and atheists alike should be quick to call them out. 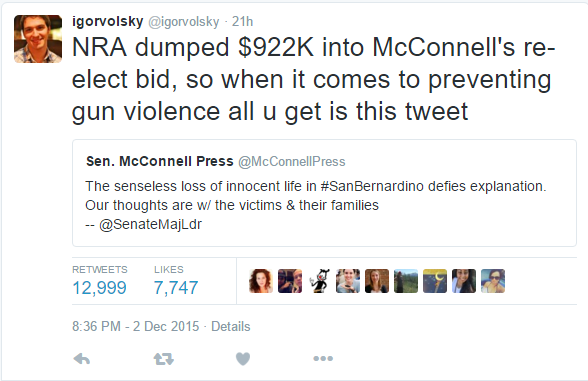 Again, I’m not criticizing prayer, I’m criticizing when people use things like #PrayforSanBernadino to avoid doing any work or even cover up their own harmful inaction. When awful things happen it’s important to use whatever coping strategies we have to get through the event. However, we also should understand that it’s up to us to take action and stop some of these bad things from happening in the future. We can pray with our politicians, but then we should ask them what are they going to do to reduce the staggering gun violence in our country. If these people really care about preventing future mass murders, they should be happy to work with us after they say their prayers. 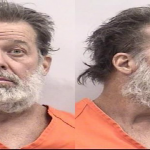 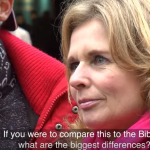 December 7, 2015 People are horrified by what they think is in the Quran, but it's actually in the Bible
Recent Comments
0 | Leave a Comment
Browse Our Archives
Follow Us!