Anti-vaxx mom “converts” to science after all her kids get whooping cough January 20, 2016 Matthew

A Canadian mother recently left the anti-vaccine movement after all seven of her kids came down with whooping cough. Four of her children were not vaccinated at all and the others had an “alternative” vaccination schedule. The mother, Tara Hills, recalls the horror she felt when seeing all her children so sick:

“My youngest three children were coughing so hard they would gag or vomit. I’d never seen anything like this before. Watching our youngest struggle with this choking cough, bringing up clear, stringy mucus – I had heard of this before somewhere.  My mom said I had it when I was a kid. I snapped into ‘something is WRONG’ mode.”

After nothing was helping her seriously ill children, she started researching what could help them. It became obvious that they all had whooping cough, something that is common in nonvaccinated children. Hills then realized that her irrational fear of vaccines hurt her children.

“We had vaccinated our first three children on an alternative schedule and our youngest four weren’t vaccinated at all.  We stopped because we were scared and didn’t know who to trust,” she explained. ” Was the medical community just paid off puppets of a Big Pharma-Government-Media conspiracy?  Were these vaccines even necessary in this day and age? Were we unwittingly doing greater harm than help to our beloved children? So much smoke must mean a fire so we defaulted to the ‘do nothing and hope nothing bad happens’ position.”

It’s great that Hills learned from her mistakes, but it’s so sad that it took her children becoming seriously ill to change her stance on vaccines. Hills hopes her story can change the minds of other anti-vaxxers as well. Watch her tell the story in this video!

“Right now my family is living the consequences of misinformation and fear.  I understand that families in our community may be mad at us for putting their kids at risk.  I want them to know that we tried our best to protect our kids when we were afraid of vaccination and we are doing our best now, for everyone’s sake, by getting them up to date.  We can’t take it back … but we can learn from this and help others the same way we have been helped. 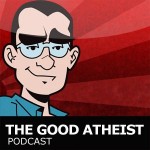 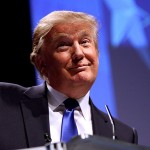 January 20, 2016 Stop saying Trump has a mental disorder
Recent Comments
0 | Leave a Comment
"Take care, mate!"
Jonathan MS Pearce My Final Blog Post: Reflections on ..."
"Happy trails, Matthew. It has been a pleasure reading you here."
Pam My Final Blog Post: Reflections on ..."
"meet the new boss... https://uploads.disquscdn.c..."
al kimeea Why This Progressive Is Excited to ..."
"Another upset Islamophobe. I imagine successful Muslims scare you."
JS Stop calling Reza Aslan a fraud ..."
Browse Our Archives
get the latest from
Nonreligious
Sign up for our newsletter
POPULAR AT PATHEOS Nonreligious
1

'Bless Every Home:' Personal Evangelism Done...
Roll to Disbelieve
Related posts from According To Matthew