Well this is some big news and comes when Bernie Sanders could certainly use a boost. Tulsi Gabbard, Vice Chairwoman of the Democratic National Committee (DNC) has resigned and endorsed Bernie Sanders for President.

Gabbard has been vocal in her criticism of the DNC before when she asked for more democratic debates and was then disinvited from the next debate. Gabbard told the New York Times:

“When I first came to Washington, one of the things that I was disappointed about was there’s a lot of immaturity and petty gamesmanship that goes on, and it kind of reminds me of how high school teenagers act”

“It’s very dangerous when we have people in positions of leadership who use their power to try to quiet those who disagree with them. “When I signed up to be vice chair of the D.N.C., no one told me I would be relinquishing my freedom of speech and checking it at the door.”

Well Gabbard has finally had enough: 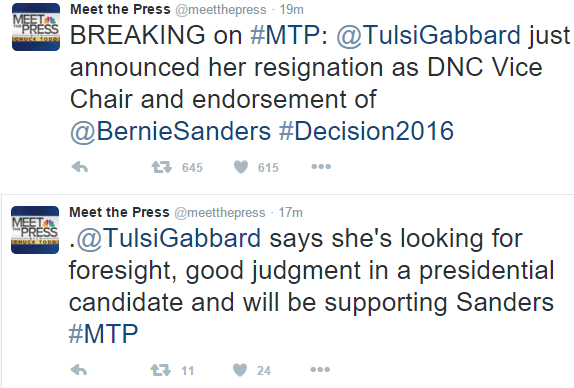 This is some huge news and may give Sanders some much needed momentum as we head into Super Tuesday. It’s great to see more politicians reject the status quo and do what they think is best for our country. Here is Gabbard explaining her decision: 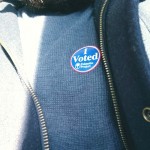 February 27, 2016
How to Vote in the Presidential Primary
Next Post 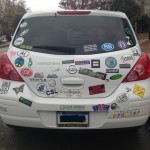