A new poll by the Wall Street Journal revealed that 33% of Bernie Sanders supporters would not vote for Hillary Clinton if she wins the nomination. This could definitely be a problem for Clinton if she becomes the nominee and may be why Sanders continues to poll better against the Republican candidates.

I’m a Sanders supporter, but I would vote for Hillary Clinton if she becomes the nominee. Yes, I don’t think Hillary is an ideal candidate by any stretch, but she is much better than Trump or Cruz. Bernie Sanders has admitted this himself and I would imagine that he would urge his supporters to vote for Clinton instead of staying home on election day. Hillary Clinton would likely continue the status quo, but that’s certainly preferred to the atrocities that would occur under a Trump administration. 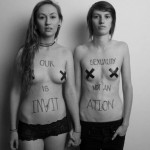 March 9, 2016
The Social Justice Case for Offense
Next Post 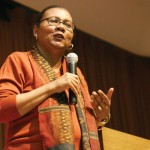 March 12, 2016 bell hooks: "I can no longer be a Hillary Clinton supporter in the name of feminism"
Recent Comments
0 | Leave a Comment
Browse Our Archives
get the latest from
According To Matthew
Sign up for our newsletter
POPULAR AT PATHEOS Nonreligious
1