Why this Bernie Sanders supporter will be voting for Hillary Clinton

Why this Bernie Sanders supporter will be voting for Hillary Clinton March 31, 2016 Matthew

I love Bernie Sanders. He is the first politician I’ve ever been excited about. I’ve seen him at several events, knocked on doors for him, phonebanked for him, and donated to his campaign. And I literally #FeltTheBern and got the coveted Bernie selfie!

However, the math doesn’t look good for Bernie Sanders to win the Democratic nomination. It will simply take a miracle at this point and having faith is certainly not a strength of mine.

So with Bernie sadly out of contention, what should Bernie supporters do? Well 33% of them have decided to NOT vote for Hillary even if she is the nominee. Personally, I find that ridiculous and I think if you care about progressive values then voting for Hillary Clinton makes the most sense. Bernie Sanders himself has said that even on Hillary’s worst day, she’s 100 times better than the Republicans.

Yes, I understand Hillary Clinton is no where close to perfect. She’s the establishment candidate. She flip-flops to her political advantage. She’s simply not as committed to helping the middle and working class compared to Bernie Sanders. However, she’s still a pretty good candidate. Hillary Clinton will most likely be a continuation of Obama’s policies with attempts at incremental political change. Hopefully liberals can agree that more of Obama is better than a Trump or Cruz presidency, right?

Well I know many Sanders supporters don’t think that at all. They think the system is broken and we need a revolution to fix it. Therefore, if Sanders isn’t an option, some think we should “show the system” by not voting or even voting for Trump to show everyone how messed up the system is.

Again, I agree the system has problems, but will surrendering to Trump really fix it? If Trump somehow wins, what evidence do we have that it will make the country (and the many Trump supporters) realize how messed up we are? I could easily say that a Trump administration will allow more people to embrace conservative and bigoted ideals and move the country backwards. It’s all speculation.

There is simply less guessing with a known quantity. Again, Clinton for 4 or 8 years is going to be pretty similar to more Obama. If you are a liberal, that’s not a bad thing. What would be a bad thing is Cruz or Trump ruining the country beyond repair. Is it really worth the risk of seriously damaging the country on the hope that Americans will somehow come to their senses and vote for someone like Bernie in 2020? I don’t think so and that is why I will vote for Hillary Clinton this fall.

In our current political climate, incremental change is the reality. Therefore, Hillary Clinton fighting to keep the progress Obama made after Bush is our best bet. If you are angry about this, get involved with your local politics and actually vote in the mid-terms. That is how we can have a political revolution. 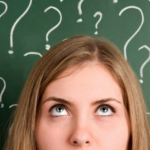 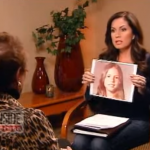 March 31, 2016 "Psychic detective" who claims to find missing children is caught lying on camera
Recent Comments
0 | Leave a Comment
"Take care, mate!"
Jonathan MS Pearce My Final Blog Post: Reflections on ..."
"Happy trails, Matthew. It has been a pleasure reading you here."
Pam My Final Blog Post: Reflections on ..."
"meet the new boss... https://uploads.disquscdn.c..."
al kimeea Why This Progressive Is Excited to ..."
"Another upset Islamophobe. I imagine successful Muslims scare you."
JS Stop calling Reza Aslan a fraud ..."
Browse Our Archives
get the latest from
Nonreligious
Sign up for our newsletter
POPULAR AT PATHEOS Nonreligious
1