Hillary supporters brag about shutting down Bernie groups on Facebook

Last night six pro Bernie Sanders groups were taken down on Facebook. Each of these groups had over 40,000 members. They are back up now, but were down while being reviewed for harassment. What happened? Well, it appears that several Hillary supporters have publicly bragged about falsely reporting Bernie groups to shut them down. Some members of the Bernie groups said that pornography appeared and people were reporting it too. The following screenshots are from the (now disabled) Facebook Group Bros 4 Hillary 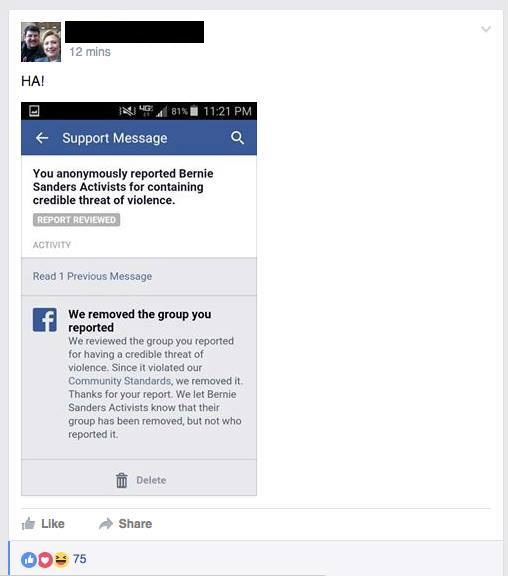 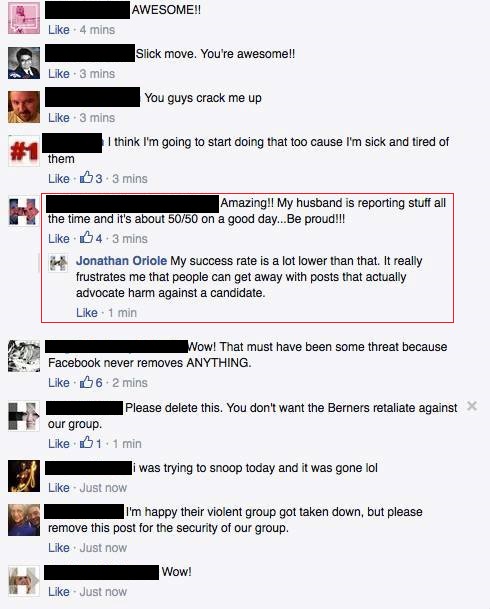 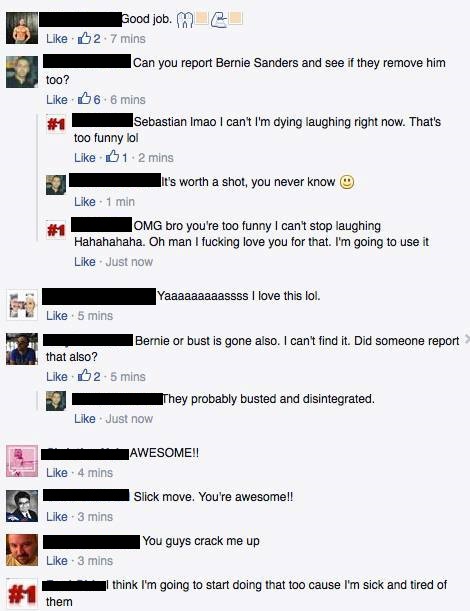 I doubt that Hillary paid any of these people to do this, but it’s disgusting. Even if these people didn’t actually get the groups shut down, why would they brag about trying to falsely report Bernie groups? There is a lot of talk about the “Bernie Bros,” but it seems Hillary has her fair share of awful supporters as well.

[Featured images from Facebook via Heavy.com. I blacked out the names because I don’t like publicly shaming people even if they do stupid stuff] 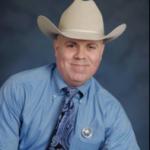 April 24, 2016
Texas cop threatens to assault transgender women who use same bathroom as his daughter
Next Post 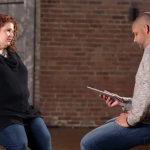 April 26, 2016 Men read some of the hateful tweets women get for just doing their jobs
Recent Comments
0 | Leave a Comment
"Another upset Islamophobe. I imagine successful Muslims scare you."
JS Stop calling Reza Aslan a fraud ..."
"What data? Some random claim in the comment section? And shelving the books doesn't count ..."
JS Stop calling Reza Aslan a fraud ..."
"So nothing at all is ever blamable on religion if it's not a core tenet ..."
swbarnes2 Parents Starve Their Child To Death ..."
"The most important thing now is to not only get a new president, but to ..."
persephone Why This Progressive Is Excited to ..."
Browse Our Archives
get the latest from
According To Matthew
Sign up for our newsletter
POPULAR AT PATHEOS Nonreligious
1