The Satanic Temple sent observers to a ‘Ritual Abuse’ survivors’ conference. This is what they found…

The Satanic Temple sent observers to a ‘Ritual Abuse’ survivors’ conference. This is what they found… June 7, 2016 Matthew

The following guest post is a collaboration produced by The Satanic Temple’s Grey Faction. The Satanic Temple’s Grey Faction is dedicated to combating pseudoscience and witch-hunting conspiracism with rational inquiry. Grey Faction is particularly concerned with the ongoing psychotherapeutic practices of hypnotic regression, Recovered Memory Therapies, and paranoid assumptions that contributed to what sociologists now refer to as the “Satanic Panic.”

Last month, The Satanic Temple’s Grey Faction sent observers to a “Ritual Abuse” Conference in Oakland, California. The conference was organized by ‘Survivorship’, self-described as “one of the oldest and most respected organizations supporting survivors of extreme child abuse, including sadistic sexual abuse, ritualistic abuse, mind control, and torture.”

“Survivorship: For Survivors of Ritual Abuse, Mind Control and Torture”, the website reads in its “Disclaimer” section, after absolving itself of any liability related to “the quality of any professional resources or agencies listed.”

At the conference, the Grey Faction observers watched as licensed mental health professionals made bizarre, irrational, paranoid claims, such as:

If this all sounds a bit in the paranoid realm of the tinfoil hat-wearing fringe, it’s worth noting that the president of Survivorship, Neil Brick, also runs an organization known as S.M.A.R.T. (Stop Mind-control And Ritual abuse Today), where — at one of their annual conferences — an observer noted a vendor table selling a “metallic weave-lined baseball cap” meant to block out electromagnetic signals. S.M.A.R.T.’s 2011 conference featured a speaker by the name of David Shurter, who can be found on YouTube literally wearing tinfoil on his head, explaining how this helps to block certain secret government weaponry from invading his skull-space:

The above is only a sampling of some of the disturbing things discussed at the Survivorship conference, which was co-sponsored by a Rape Crisis Counselling Center, BAWAR, Bay Area Women Against Rape. (BAWAR helpfully provided stuffed-animals for those whose child-like “alternate personalities” may have desired a bit of play-time, though our observers noted that these plush toys needed to be concealed from the conference organizers, as the organizers feared that child personalities, once drawn out, could easily be exploited by nefarious cult infiltrators.) Other co-sponsors included the California Protective Parents Association, Mothers Against Sexual Abuse, and The North American Truth & Reconciliation Coalition (NATRC).

Combatting child sexual abuse and human trafficking are unquestionably noble causes. It is for this reason that Grey Faction is so offended and distraught at seeing efforts toward such being co-opted by self-aggrandizing conspiracists. Predictably, when one calls “bullshit” on lunatic claims of a Satanic mind-control conspiracy, the believers in such conspiracies conveniently cry out that in doing so, one is casting aspersions upon abuse victims. In this way, the conspiracists use victims of abuse as human shields against critical inquiry into their irrational, harmful claims.

While it is disturbing that Rape Crisis Counselling Centers would be party to propagating the lunacy put forward by Survivorship, it is nothing short of outrageous that licensed Mental Health professionals are granted Continuing Education Units for attending Survivorship conferences. Our agencies of Mental Health oversight are failing us dramatically.

Recently, Grey Faction exposed the connection of a California psychologist, Dr. Ellen Lacter to a high-profile case of filicide in New York. In that case, a deranged mother, convinced that her 8-year old son was destined to suffer endlessly at the hands of a hidden Satanic criminal network, killed the child after retaining Ellen Lacter’s counseling services. Lacter openly espouses panicked narratives of secretive mind-control cults engaged in sinister world domination schemes. Grey Faction, feeling it more-than-reasonable to suspect that the mother might have (at the very least) been less inclined to kill her child if she had retained a responsible, rational mental health professional, rather than a clearly delusional paranoiac like Ellen Lacter, issued a petition to the California Board of Psychology, requesting that Ellen Lacter’s mental state be evaluated and her licensure reconsidered. At this writing, the Grey Faction complaint is under review.

Ellen Lacter’s website, full of advice on how to best protect yourself from Witchcraft, Satanism, and the types of preternatural mind-control techniques they practice, is listed (unsurprisingly) as a resource on Survivorship’s site. Ellen Lacter has also presented at conferences for the International Society for the Study of Trauma and Dissociation (ISSTD), and she helped manage the ISSTD’s “Ritual Abuse/Mind-Control Special Interest Group”, until her name was mysteriously scrubbed from their site shortly after the Grey Faction petition went live. Lynette Danylchuck, recent ISSTD president, is listed as a survivorship member, with an article contributed to their site on “Treating Ritual Abuse Survivors.”

Neil Brick, president of Survivorship, and organizer of S.M.A.R.T. had a complaint filed against his licensure in Massachusetts after it was discovered by the complainant that Brick had claimed that he’d committed rape and murder while in an altered state of mind: 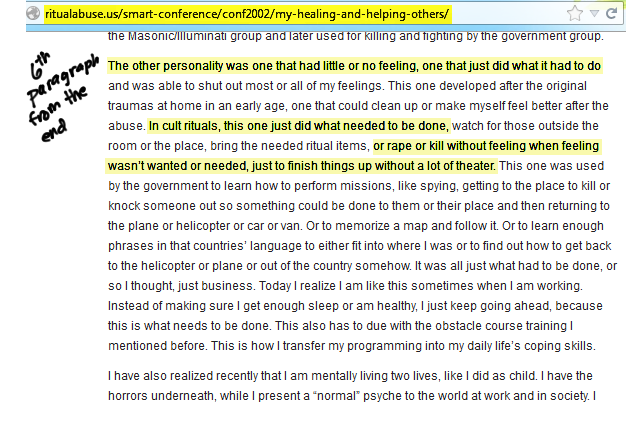 Brick’s admittance to heinous crimes (regardless of whether the confession details an accurate historical recounting, or is merely the product of raving delusion) is undoubtedly a sufficient reason to investigate his mental health and competence to treat mental health consumers, yet the Board of Allied Mental Health dismissed the complaint without prejudice.

Obviously, the problems of pseudoscience and conspiracism are more ubiquitous than most realize within the mental health profession, and are endemic to Survivorship, S.M.A.R.T. and the ISSTD. Grey Faction hopes to expose these problems to light of critical scrutiny and demand that mental health licensing Boards stop ignoring the problem as they traditionally have.

Presenters at the 2016 Survivorship Conference were as follows:

Steve Frankel: Past President of the ISSTD and a Clinical Professor of Psychology (University of Southern California) and a Fellow of the APA and ISSTD.

Dr. Alison Miller: A “semi-retired psychologist in private practice in Victoria, British Columbia, Canada,” and a fellow of the ISSTD.

Neil Brick: Licensed Mental Health Counselor (MA), believes himself to have been a mind-controlled assassin for the Illuminati/Freemasons.

“It’s not like someone has a sign on them says, ‘I’m here to access you’, or ‘I’m from the cult’, or, ‘My cult alters are out collecting information about you”. “Most people are going to act fairly normally because programmers, handlers, or scouts for secretive organizations or cults are not likely to look any different from most people, it is helpful to be alert to possible signs of attempted accessing.” — Neil Brick

If you’re interested as to why seemingly legitimate organizations would sponsor the Suvivorship conference, then by all means: 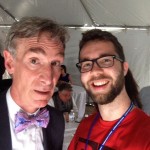 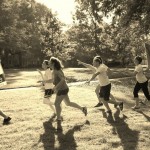 June 8, 2016 How the Secular Student Alliance changed my life
Recent Comments
0 | Leave a Comment
Browse Our Archives
get the latest from
Nonreligious
Sign up for our newsletter
POPULAR AT PATHEOS Nonreligious
1

Deconversion: Brett McCracken Gets It Completely...
Roll to Disbelieve
Related posts from According To Matthew