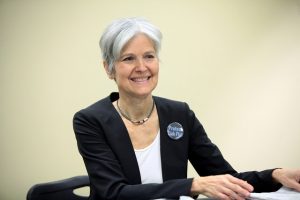 There has been some debate regarding Jill Stein’s stance on vaccines. This was due to her rather nebulous answer about it. Because she gave such a non-answer, some people thought she was pandering to the anti-vaccine crowd, while others didn’t think it was a big deal by itself. I was somewhere in the middle, but wanted a more direct answer because I was concerned. Well, The Washington Post finally got Stein to be more direct about her stance on vaccines and it was very worrisome.

She started off fine by talking about the importance of vaccines:

“I think there’s no question that vaccines have been absolutely critical in ridding us of the scourge of many diseases — smallpox, polio, etc. So vaccines are an invaluable medication. “Like any medication, they also should be — what shall we say? — approved by a regulatory board that people can trust. And I think right now, that is the problem. That people do not trust a Food and Drug Administration, or even the CDC for that matter, where corporate influence and the pharmaceutical industry has a lot of influence.”

But then it quickly went downhill when she said people have “real questions” about vaccines and talking about the myths about toxic substances in them.

“As a medical doctor, there was a time where I looked very closely at those issues, and not all those issues were completely resolved. “There were concerns among physicians about what the vaccination schedule meant, the toxic substances like mercury which used to be rampant in vaccines. There were real questions that needed to be addressed. I think some of them at least have been addressed. I don’t know if all of them have been addressed.”

Using her title as a medical doctor to pander to people’s misguided fears about vaccines is indefensible. The anti-vaccine movement is resulting in many preventable deaths and illnesses around the world.  It’s absolutely deplorable for a presidential candidate to validate some of their misinformation. I wasn’t a big fan of Stein for other reasons, but this just makes me like her even less. 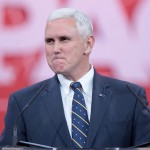 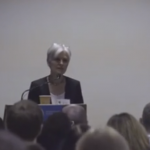 August 1, 2016 Jill Stein thinks Wi-Fi could be dangerous for our brains
Recent Comments
0 | Leave a Comment
"Take care, mate!"
Jonathan MS Pearce My Final Blog Post: Reflections on ..."
"Happy trails, Matthew. It has been a pleasure reading you here."
Pam My Final Blog Post: Reflections on ..."
"meet the new boss... https://uploads.disquscdn.c..."
al kimeea Why This Progressive Is Excited to ..."
"Another upset Islamophobe. I imagine successful Muslims scare you."
JS Stop calling Reza Aslan a fraud ..."
Browse Our Archives
get the latest from
Nonreligious
Sign up for our newsletter
POPULAR AT PATHEOS Nonreligious
1