The Atheist Community Needs to do a Better Job of Welcoming People of Color July 1, 2016 Matthew

Atheists are still mostly male and mostly white. I’ve previously written about the sexism problem within atheist circles that may turn women away, but in this post I’d like to highlight some of the racism problems we have as well. I write these self-critical posts because I want to see atheist/skeptic communities do better and be a friendlier place for everyone.

Black atheists often have to deal with an extra layer of marginalization. It’s generally harder for a black person to leave their church because not only as they seen as a heathen, they are often seen as a “race traitor” as well. So that is already a barrier that people of color have to deal with before joining atheist circles and us white atheists don’t help much either. The exchange between my Patheos colleague Martin Hughes of BarrierBreaker and popular Youtuber TJ Kirk, “The Amazing Atheist” illustrates how there is still work to be done in making atheist circles more welcoming for people of color.

Martin Hughes responded in this post by criticizing some of the overt racism in TJ’s video. In the video TJ stated that:

“If I hate anything about black culture, it’s that it’s such a victim culture. Almost a victim cult — “Our Lady of Perpetual Victimization.” Every unfairness that exists in your life is the fault of white people or society stacked against you. You might as well tattoo, “It’s because I’m black, isn’t it?” to your fucking forehead.”

This comment sets the tone of the entire video. TJ is incredibly dismissive of the discrimination black people have faced and continue to deal with. Martin very clearly explains why TJ’s reasoning here is rather flawed as well as why TJ’s other points about gentrification are problematic. Martin ends his post stating that because such blatant racism is popular among atheists, it makes him feel isolated as a black atheist:

“And to be dead honest, when I see the growing popularity of the racists like The Amazing Atheist in atheism — when he can make racist statements all day and no one says a peep, but the moment I protest I’m supposedly breaking the cardinal rule of saying something outside the bounds of atheism — I’m beginning to think atheism is an excuse to feel superior, for many people. It makes me cynical. It makes me want to silently slip out the back door so that I can be part of a community that is actually after change.

What keeps me in is that there are some black atheists who do stand up for rights. But they have to take constant criticism from the majority, and it wears on you after awhile. I’m just about fed up.

And you wonder why there aren’t more black atheists. It’s because atheism is becoming an excuse for white racism, proudly and ignorantly displayed by the likes of The Amazing Atheist.”

But instead of showing that he learned anything TJ denies he was being racist, by being more racist. In this video, TJ first argues that racism still really isn’t a big deal and prejudice against poor people is really the problem. But then he admits towards the end of the video that black people still deal with discrimination due to their race. Which one is it? Martin Hughes writes another eloquent and evidence-based post explaining why TJ’s reasoning is flawed. I would highly recommend reading it. The conclusion of Martin’s post summarizes why we should all care about this exchange:

“I care because when TJ Kirk calls himself “Amazing” and gets on a pedestal to spout these views, he drastically mischaracterizes the state of race in America. He nails in the same American racism that has led to widespread injustices, in various forms, for centuries. His video tells people that racism is OK, as long as you don’t call it racism.  And apparently, he has convinced a lot of people.

I think you should care because when someone like TJ can so thoroughly malign hundreds of thousands of people regarding the effects of racism in the United States, he hurts us all. Not if his video got a hundred thousand views. But half a million people? Yes, that’s serious. It gives them an inaccurate view of the landscape of the United States. It tells us that the solution to poor black neighborhoods is kicking out the black people and building shopping malls, making them poorer and even more desperate, instead of actually combatting racism so that they have better opportunity, better education, and a fairer shot to combat life without worrying about incarceration. This hurts us all.

And TJ cares, because he was so bothered by the video he saw that he made one in response. This isn’t just indifference. It’s active racism to go on YouTube and make a video as TJ originally did.

And he cares about continuing to be racist, so much that he went on YouTube and made a 37-minute video response to me, on top of his first video.

And his followers cared so much that they came to my blog and wrote over a thousand comments about this to me.

So it seems I struck a nerve. Good. Maybe it’ll actually get them to think.”

This recent exchange provides a clear example of why there are not more black atheists. Martin has already wrote about how the atheist community can be more welcoming to people of color and I’d like to echo his words again because we clearly still have a lot of work to do:

The reason there aren’t more black atheists is because the black church does something atheism isn’t doing.  Atheist movements (and white churches, for that matter) tend to talk about how much they NEED black people.  They seem to emphasize that their doors are open to black people.  They seek to show how black people are wanted and needed and appreciated as atheists.  But where they are not holding a candle to the black church.

So what can we do to help? Well, I think the most obvious thing is to actually listen to people of color. Don’t dismiss their experiences like TJ did. Have the courage to question your attitudes and biases. Support groups like Black Nonbelievers and continue reading atheists of color. It’s going to take a concerted effort, but it’s on us white people to try and make a more welcoming place as we are the one’s who have benefited from years of privilege. As atheists, we know what discrimination can feel like. As white people, let’s try to use our privilege for good and make our circles a more welcoming place for everyone. 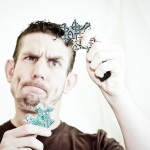 June 28, 2016
The Psychology Behind Why We Reject Evidence
Next Post 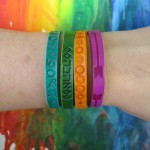 July 2, 2016 Here are 10 ways we can end the stigma against mental illness
Recent Comments
0 | Leave a Comment
"Take care, mate!"
Jonathan MS Pearce My Final Blog Post: Reflections on ..."
"Happy trails, Matthew. It has been a pleasure reading you here."
Pam My Final Blog Post: Reflections on ..."
"meet the new boss... https://uploads.disquscdn.c..."
al kimeea Why This Progressive Is Excited to ..."
"Another upset Islamophobe. I imagine successful Muslims scare you."
JS Stop calling Reza Aslan a fraud ..."
Browse Our Archives
get the latest from
Nonreligious
Sign up for our newsletter
POPULAR AT PATHEOS Nonreligious
1

The Strange Sad Story of Olive...
Daylight Atheism
Related posts from According To Matthew