Yes, All Cops: An African-American’s Perspective on Modern American Racism

The following is a guest post by Patrick Anderson.

During the last few days, two African-American men were killed by the police, one in Louisiana and one in Minnesota.  In and of themselves, these occurrences aren’t exactly “news”; the killing of Black males by police has become increasingly commonplace over the last few years.  Tamir Rice; Eric Garner; Michael Brown; the list seems truly (depressingly) never-ending.  Since the massacre of African-American males by those sworn to protect them has become so hum-drum and commonplace, I imagine those reading this will have (at least) two questions burning in their minds:

To briefly touch upon the first question: everyone has their limits.  And I have reached mine.  As an interracial man with an African-American father and a Caucasian mother who grew up in a small Southern town, I have dealt with racism my entire life.  When the videos of Black males being killed by police first started appearing a few years ago, I was of course horrified.  But I also felt a flicker of hope.  “Finally, FINALLY!” I thought.  “Non-Black people will FINALLY understand, and be horrified along with us, and things will begin to change because of these videos!”

I can no longer believe that.  But I will expound upon this later.

So, that leaves the second question: just what am I referring to when I say “Yes, All Cops?”  I feel that to accurately address that question I need to make absolutely clear what I am not saying.

Obviously, I don’t mean that all police officers are killing Black males.  As hard as it may be to believe in these trying times, there are many police officers who manage not to kill anyone throughout the course of their careers.  Such a novel, refreshing concept.

Nor am I saying that all police are racists.  While racism within the ranks of police departments across the nation is indeed rampant and a cause for great concern, I and every other reasonable person understand that there are many upstanding, law-abiding police officers that perform their duties to the best of their abilities, protecting those around them regardless of color.  I am proud to call some my friends.

I imagine I’m not shocking anyone when I write that Black males are more likely to be killed by police than White males.  And that’s just the tip of the iceberg; it doesn’t address racial profiling (recognized as a problem as long ago as 1999) or the rate of incarceration of Black males.  And who’s to blame for these incongruous social inequities?  The police?  The penal system?  Our governmental representatives?

No.  The average American citizen who turns a blind eye to racism is to blame.

The police, the administrators of the penal system, and even our elected officials are, as are all employees of the government in a democratic republic, simply facets of a mirror which reflects the condition of our society back to us.  They pass, and legislate, and enforce, the laws and social mores that we allow them to.  The fact that police officers are routinely killing Black males and getting away with it is, though horrendous, only symptomatic of the greater problem that has plagued our country for hundreds of years: Black people are seen as having less value than White people.  This is why any police officer who chooses to can be overtly discriminatory towards Black people: because there are no social consequences if they are.  My goodness, look over the names I posted earlier; more often than not there won’t even by any legal or administrative consequences.  Cops killing unarmed Black people by the thousands year after year, and for all the consequences the officers suffer they may as well have been convicted of not adhering to their department’s dress codes.

One of the most useful skills I have found in writing on public forums is the ability to anticipate the prospective criticisms against what you have written.  I know that some who read this will shrug it off as “just another angry Black man.”  Well, that criticism, though reductionist, is not inaccurate: I am angry.

I’m angry that I have to look over my shoulder anytime I go on a date with a woman who happens to be White.  I’m angry that anytime I realize I have a tail-light out I can’t get into my car without my hands shaking.  I’m angry that I view it as my duty as a responsible adult to make sure that my unborn nephew has received The Talk by the time he’s a teenager; you know, the one about how to behave in certain situations and around certain people (particularly police officers) to minimize (as best we can) the possibility of going either to jail or to the morgue.  But right this minute?  I’m most angry at the fact that for years now America has been watching videos of my people suffer and die, and by and large has responded with a resounding “…Meh.”  I’m angry, and I’m sick, and I’m so very, very tired.

But I understand that lives are at stake.  It is my deepest hope that in some small way I may have convinced one or two of the people reading this of the same, and it would be irresponsible of me to rant from a soap-box about all of this without providing some resources for getting involved.  Writer Ijeoma Oluo posted a wonderful list of things that can be done to decrease police violence, and I think it is an excellent place to start for African-Americans and allies alike.

At the time of this writing, there was recently a violent assault on police officers in Dallas, Texas.  I am deeply troubled by this; especially since I sincerely believe that if no progress is made in the relationship between law enforcement and Black people, these things will happen again.  And again.  And again.  We are responsible for seeing that it doesn’t.  I will end this post with a cliché, only because in my thirty-one years of life I have never encountered a situation to which a cliché could so accurately be applied:

If you are not part of the solution to this problem, then you are the problem. 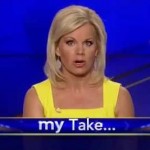 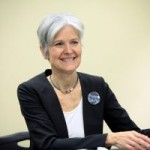 July 15, 2016 Five reasons why this Bernie Sanders supporter cannot vote for Jill Stein
Recent Comments
0 | Leave a Comment
"Take care, mate!"
Jonathan MS Pearce My Final Blog Post: Reflections on ..."
"Happy trails, Matthew. It has been a pleasure reading you here."
Pam My Final Blog Post: Reflections on ..."
"meet the new boss... https://uploads.disquscdn.c..."
al kimeea Why This Progressive Is Excited to ..."
"Another upset Islamophobe. I imagine successful Muslims scare you."
JS Stop calling Reza Aslan a fraud ..."
Browse Our Archives
get the latest from
Nonreligious
Sign up for our newsletter
POPULAR AT PATHEOS Nonreligious
1

What Does Jesus Say about the Afterlife?
Here is another guest post from Dana Horton, this time looking at...
view all Nonreligious blogs
What Are Your Thoughts?leave a comment
Copyright 2008-2020, Patheos. All rights reserved.