As someone who is passionate about science communication, I’ve always appreciated what Bill Nye has done with his career. I think it’s great how Bill Nye regularly explains complicated subjects in a straightforward and engaging way.

In the video below, Bill is asked about his thoughts about ghosts and the afterlife. I liked how Bill explained how humans tend to look for agency and patterns in his explanation of ghosts, but I felt like his answer about the afterlife could have been a little stronger. He explained how his grandmother went through cognitive decline in her old age and it didn’t make sense that she would instantly regain those abilities when she died. But people who believe in the afterlife don’t usually think we keep the same body that we had before death anyway! Overall, I still thought he had solid answers, but if I were to suggest a scientific argument against the afterlife, I would strongly suggest hearing Sean Carroll’s answer. 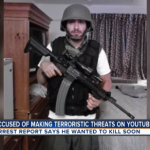 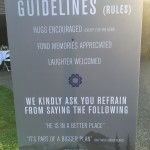