Ex-employee of TV psychic Miss Cleo reveals how it was all a sham September 12, 2016 Matthew

Skeptical-minded people are rarely surprised to find out when psychics are caught being fraudulent. However, I still find it interesting to learn about how the process works from a psychological perspective. How do people believe such nonsense? How do such operations continue to maintain success? Well, Bennett Madison, a former employee of the famous TV psychic Miss Cleo shares her story with the New York Times. It all began when she found a classified ad looking for “phone actors”

Getting hired was easy. We called a creep in Florida and we got the job on the spot, no questions asked.

Since I was not actually psychic, the Psychic Readers Network provided me with a minimal script to read and a computer program that simulated a tarot card spread. I used neither. It worked better to make it up as I went along.

I expected callers to see through my act, but mostly they dialed in ready to believe. Anyway, it turned out I wasn’t such a bad psychic. My two years as a submediocre liberal arts major had made me an expert at fraud. The key was just to toss out a bunch of free associations and hope one of them hit.

… our customers were desperate and sad.

They were being evicted. They were about to lose custody of their children. They were lonely enough to pay by the minute to chat with a stranger. The fact that the stranger was me began to seem cruel.

Anyone familiar with how horoscopes work can definitely understand how easy it is to guide people into finding patterns out of meaningless words. What was surprising to me is just how easy this was for Madison! Without any training she could guide people into really believing she was psychic. I do think a lot of her ease was due to already talking to desperate people. When people don’t feel like they have control, they will have an even easier time finding patterns out of nothing (a finding supported by cognitive psychology).

I understand that psychics may offer comfort to people, but it doesn’t give the person any actual solutions and may bias them into making some pretty terrible decisions. When people are hurting, it makes a lot more sense to seek out evidence-based therapy instead of hoping one’s psychic powers can tell you all the answers. We need to keep calling these charlatans out to prevent them from preying on more vulnerable people. 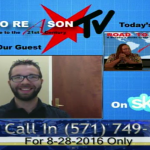 September 12, 2016
Feminism and the science of religious belief (VIDEO)
Next Post 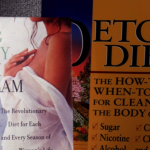 September 13, 2016 Products that claim to "detox" are nonsense and a waste of money
Recent Comments
0 | Leave a Comment
"Another upset Islamophobe. I imagine successful Muslims scare you."
JS Stop calling Reza Aslan a fraud ..."
"What data? Some random claim in the comment section? And shelving the books doesn't count ..."
JS Stop calling Reza Aslan a fraud ..."
"So nothing at all is ever blamable on religion if it's not a core tenet ..."
swbarnes2 Parents Starve Their Child To Death ..."
"The most important thing now is to not only get a new president, but to ..."
persephone Why This Progressive Is Excited to ..."
Browse Our Archives
get the latest from
According To Matthew
Sign up for our newsletter
POPULAR AT PATHEOS Nonreligious
1