The atheist community has dealt with some in-fighting over the years over social justice issues. Atheists only share the lack of belief in Gods, so of course there is plenty of room for disagreement. However, I argue that if atheists also embrace skepticism (which many do not) then social justice logically follows (assuming the person also cares about reducing human suffering). Allow me to explain:

Social issues can be very complex and multidimensional. Because almost none of them are straightforward, people can let their biases creep in when evaluating the information. This is especially true if the person has not personally experienced the social inequality. For example, systemic racism has been well-documented by both quantitative and qualitative science. However, if you have never experienced racism and know that there are laws against discrimination, you may be less likely to acknowledge systemic racism exists.

That sounds like an extreme example, but there are atheists who do downplay the severity of racism and have many other atheists agree with them. It’s much easier to dismiss something that doesn’t personally affect you. Why would you be motivated to acknowledge the world has even more problems than you thought? Confirmation bias and the just world fallacy affect all of us. That’s where skepticism comes in.

Skepticism involves understanding reality as best we can, even if that reality makes us uncomfortable. It also involves trying to be aware of our biases and then reject them.

For example, I am a white man. I do not know what it feels like to experience racism or sexism. I am also part of a system which marginalizes women and people of color. I don’t like that fact and I don’t like that just by existing as a white dude, I have received some unfair advantages. It means some of my life was easier than it could be if I was born a certain way. I may be biased to think that I’m not benefiting from such advantages. However, because I care about what is true, I listen to the groups I am not aware and try to not bring my existing biases into their perspective.

Of course this is easier said than done. Again, what motivation do I have for trying to understand the world may be even worse than I thought? That there is more inequality that I previously thought to be true? Well, this is where that intrinsic value of skepticism comes into play. If people are genuinely skeptical about the world, they’ll want to know what is true, regardless of how it makes them feel.

The good news is that once you know about these extra problems, you can do something about it! It’s not great to learn about sexism, racism, and other bigotry, but once we see it, we can call it out. We can use our privilege for good! I’ll end this post with a quote from violence prevention activist Dr. Jackson Katz. Dr. Katz has spent most of his life talking to men about sexism and asking them to examine their own biases in order to make the world a friendlier place for everyone.

Have the courage to look inward. Question your own attitudes. Don’t be defensive when something you do or say ends up hurting someone else. Try hard to understand how your own attitudes and actions might inadvertently perpetuate sexism and violence, and work toward changing them. 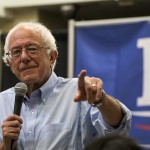 September 17, 2016
Bernie Sanders: "This is not the time for a protest vote"
Next Post 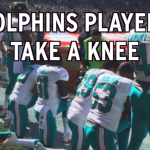 September 18, 2016 Police union: Don't escort Miami Dolphins players until they stand for national anthem
Recent Comments
0 | Leave a Comment
Browse Our Archives
get the latest from
According To Matthew
Sign up for our newsletter
POPULAR AT PATHEOS Nonreligious
1