Sexual Consent Should Not be a Partisan Issue

I’d like to think that sexual assault is something that all decent people would agree is bad, regardless of their political ideology. But I would be wrong. Mark Meckler, a conservative writer for Patheos, recently posted an article titled “The same Left that is outraged by Trump encourages a culture of sexual immorality.” Meckler argues:

Amid the outrage brought on by Donald Trump’s sexually explicit remarks caught on tape back in 2005, the Left has quickly forgotten the sexually charged culture it has embraced, encouraged and continues to forge.

Let me be very clear: Trump’s comments were not “sexually explicit.” They were openly bragging about sexual assault.

I understand that both Democrats and Republicans will be biased to see their side in a more positive light. However, Trump’s comments are absolutely indefensible.  If someone condones sexual assault, we should always condemn them, even if they share our political party.

I don’t expect Democrats and Republicans to agree much of the time, but surely we can agree on this. Trump’s words are not just lewd “locker room talk.” They normalize harassment and assault. Such words are completely unacceptable.

Sexual violence is a major problem in our country. We cannot afford to make it a political issue. We need to have the courage to call out those who are on our side when they are wrong. There is simply too much at stake. 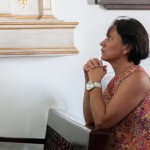 October 13, 2016
Study finds that belief in miracles is associated with poorer health outcomes
Next Post 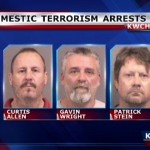 October 15, 2016 Christian terrorists plan to kill Muslims, but are arrested before the attack
Recent Comments
0 | Leave a Comment
Browse Our Archives
Follow Us!