Five Reasons Why Liberals Can Still Be Hopeful After Election Day

Five Reasons Why Liberals Can Still Be Hopeful After Election Day November 9, 2016 Matthew

Many liberals are in shock today. Donald Trump will be the next President of the United States. This is a man who is openly against so many of our values. He’s proudly sexist, racist, and has bragged about sexual assault. He thinks climate change is a hoax made up by the Chinese. He has the temperament of grumpy 4 year-old. He could easily ruin our economy and relationships with other countries.

Trump’s VP Mike Pence has the political experience that Trump lacks and can pull the strings behind the scenes. Pence is very socially conservative and has supported bills that have been very harmful to women, the LGBTQ community, and scientific progress. So we would have an openly bigoted and childish President with a scheming VP trying to pass dangerous bills through a now Republican Congress and Senate. To say things look bleak is quite an understatement.

So where do we go from here? While I am very concerned for our future, I do think there are some things we can be optimistic about.

Yes, Republicans have the majority, but that doesn’t mean everything will go smoothly. Many prominent Republicans do not like Donald Trump including the Bushes and Mitt Romney. They will disagree with him throughout his presidency. I do think Trump and Pence will face much of the obstruction Obama faced in office from Democrats as well. Hopefully, this will retain a significant amount of progress made under Obama.

This is how the future voted. This is what people 18-25 said in casting their votes. We must keep this flame alight and nurture this vision. pic.twitter.com/ivuXrar869

If only millennials voted, Clinton would have won in a landslide. Young people are much more progressive than older generations, even young Republicans! As the demographics continue to shift, more young people will become involved in the Democratic process and they do not support people like Donald Trump.

Speaking of shifting demographics, America is becoming much more racially diverse. Clinton won the racial minority vote, but still lost the white women vote. But the white majority is significantly decreasing! Because people of color overwhelmingly vote Democrat, this will also make it hard for politicians like Trump to remain popular.

4) Liberals will be motivated to mobilize

After such a shock, many liberals will be inspired to fight against Trump. I am hopeful that we will mobilize and work together to take back the Senate in two years and then take back the White House in four. We will also be fighting at our local levels. I know I sure will! Hopefully by the next election, Democrats will elect a candidate that we can all rally around and defeat Donald Trump.

This is very important to remember. As lonely as it can feel to see someone become president who we disagree with so much, the majority of voters did not vote for him. Hillary Clinton would have won if we only looked at the popular vote. There are many liberal people in our country, but for a variety of reasons, it wasn’t enough to beat Trump. Trump represents the outdated viewpoints of older white Americans who still hold a lot of power. But Trump may be the last president clinging to such antiquated values in a modern world. 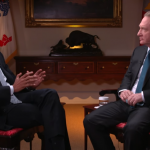 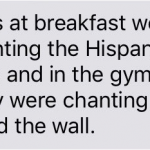