Bernie Sanders and Donald Trump seemed to be polar opposites, but Sanders still attempted to have dialogue with some of Trump’s supporters at a recent Town Hall in Trump friendly Kenosha, Wisconsin.

In the video below, you can see several Trump supporters defend Trump’s terrible proposals such as the Muslim ban by saying that Trump didn’t actually mean it. They said it was just campaign rhetoric. To which Bernie replied, “why would you vote for a liar?”

The second part of the video was interesting because Sanders seemed to find some real common ground with Trump voter, Gail Sparks regarding Medicaid and Social Security. Sparks starts off asking the rhetorical question of who pays for these programs:

Chris Hayes, the host of the Town Hall, then asks who is the “we” she is talking about. Sparks replied:

This is when Bernie Sanders jumped in:

Sanders: “Good point. Let’s see if we can go forward on this. I am assuming that you believe, correct me if I’m wrong, that we should not cut Social Security or Medicare or Medicaid. Is that correct or not?”

Sparks: “Yeah, I believe they shouldn’t be cut.”

Sanders: “Do you know who is now working very hard to try to do that? Republicans in Congress have a plan under the guise of saving Medicare and saving Social Security, making devastating cuts. That’s what the Republicans are now trying to do.

The other point that you made is, who is going to pay for this stuff? And that is a very fair point. What all of us should know is that over the last 25 years, there has been a massive transfer of wealth in this country from you to the top one-tenth of one percent. In other words, the middle class has shrunk and trillions of dollars have gone to the top one-tenth of one percent. Do you think it’s inappropriate to start asking those people to pay their fair share of taxes so we can adequately fund Medicaid and make public colleges and universities tuition-free. Is that an unfair thing to ask?”

Sparks: “I don’t think it’s an unfair thing to ask. They got rich off of us, so it’s time they put back.”

I feel like economic issues are much easier to find common ground with because we are not directly discussing people’s lives, but it was still cool to see Bernie relate to this Trump voter. However, I would be much more curious to see how people can find common ground regarding issues of social justice.

Do Trump supporters really not believe that Trump has been harmful to many groups with the exception of white Christian men? Why do economic concerns trump (pun intended) the concern for women and people of color? These are much more difficult questions, but if our country is going to progress, it’s important that we have these conversations and try to make society safer for everyone.

The part of the Town Hall I was referring to starts around 34 minutes in. 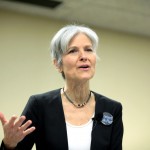 December 13, 2016
Jill Stein is not the reason Hillary Clinton lost the election
Next Post 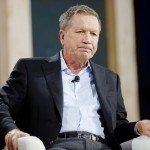 December 13, 2016 Ohio promotes pseudoscience and harms its most vulnerable women by banning abortions at 20 weeks
Recent Comments
0 | Leave a Comment
"Take care, mate!"
Jonathan MS Pearce My Final Blog Post: Reflections on ..."
"Happy trails, Matthew. It has been a pleasure reading you here."
Pam My Final Blog Post: Reflections on ..."
"meet the new boss... https://uploads.disquscdn.c..."
al kimeea Why This Progressive Is Excited to ..."
"Another upset Islamophobe. I imagine successful Muslims scare you."
JS Stop calling Reza Aslan a fraud ..."
Browse Our Archives
get the latest from
Nonreligious
Sign up for our newsletter
POPULAR AT PATHEOS Nonreligious
1